COMMENT: 3.3 billion euro IMI2 to start in a month 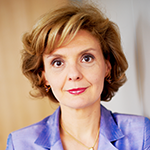 Since its start six years ago, Europe's Innovative Medicines Initiative has firmly established itself as a key player in pharmaceutical research and innovation, and as a role model for collaborative research, open innovation and public-private partnering. IMI's 46 ongoing projects play in the top league worldwide and the initiative has already generated important breakthroughs on the path towards novel medicines and therapies in areas such as antimicrobial resistance, brain research or diabetes.

Everyone wins with IMI - and the good news is that its success story is now set to continue. Earlier this year, the European Parliament and EU member states have given their green light to a second, even more ambitious round of the partnership, IMI2. It is now in the starting blocks, equipped with a budget of up to 3.3 billion euros for the 2014-24 period, and ready to be launched on July 9 this year.

IMI2 will pave the way for next-generation vaccines, medicines and treatments to tackle Europe’s growing health challenges through a concentrated and combined science and innovation effort. It will also secure the international competitiveness of Europe’s pharmaceutical industry, and open new commercial possibilities based on new services and products.

The new partnership will entirely be driven by the biggest public health challenges. Its 60-page strategic research agenda is based on last year's WHO report ‘Priority medicines for Europe and the world’, which defines pharmaceutical gaps for diseases for which treatments do not exist, are inadequate, or are not reaching patients.

Just like its predecessor, IMI2 will be based on the principle of investing together, and the sharing of risk and reward. Europe's large pharmaceutical companies, represented through EFPIA, will pay half of the partnership's budget covering their own participation in IMI's projects. And the EU will pay the other half to fund all other partners such as academic researchers, patient groups, regulators, small companies, mid-caps and so on.

Other industries such as the imaging or medical devices sectors will be able to join the new partnership alongside the EFPIA member companies. And small and medium-sized companies which are members of national pharma industry associations in Europe can also take part, which was not the case before.

The main themes expected for IMI2's first funding round will be type 1 diabetes and retinal diseases. A second call later in December will probably invite project proposals on remote assessment of disease and relapse, to find more effective responses to chronic diseases. EU funding for IMI partners will be allocated through an open, fair and competitive process to the very best projects and teams.

Collaboration and trust between all partners involved in IMI projects will continue to be the source of the partnership's unique power to innovate. Everybody will have to leave his or her comfort zone, work together, bring in their specific know-how and skills, learn from one another, and be ready for the unexpected. The IMI2 endeavour is about to be launched - time to roll up your sleeves and take part in it!

The author is director for health research, European Commission (Ruxandra.DRAGHIA-AKLI@ec.europa.eu)