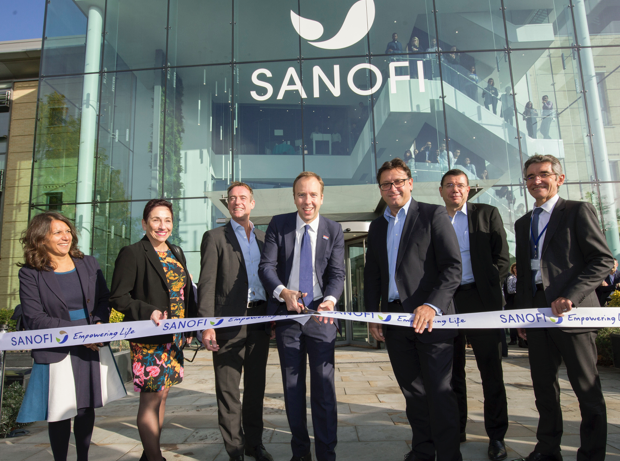 Following government issued advice to avoid all non-essential travel and contact in the UK, various pharmaceutical companies are stepping up to offer vaccine candidates, funding and more.

The announcements come as Boris Johnson has made it explicitly clear that anyone who can should be working from home, and up to 1.5 million people with the “most serious health conditions” must avoid almost all social contact for 12 weeks, from this weekend.

He also urged against gathering in places such as pubs and bars, leaving the hospitality sector at large to ponder over its future and ability to survive in the unprecedented circumstances.

In response to the growing outbreak, now officially classified a pandemic by the World Health Organisation (WHO), Sanofi and Regeneron Pharmaceuticals have announced that they have initiated a clinical programme evaluating whether IL-6 inhibition with Kevzara (sarilumab) is better than current supportive care alone for patients hospitalised with severe COVID-19.

Regeneron says it is set to begin enrolling patients in a Phase II/III study, while Sanofi's global R&D chief John Reed said "we expect to rapidly initiate trials outside the US in the coming weeks, including areas most affected by the pandemic, such as Italy.”

The companies detailed that in the Phase II part of the study, participants will be randomised to receive a low or high dose of Kevzara or placebo, with the he primary endpoint being reduction of fever, while the secondary goal is decreased need for supplemental oxygen.

Kevzara, which is approved to treat patients with moderately to severely active rheumatoid arthritis, was jointly developed by Sanofi and Regeneron under a global collaboration agreement signed in 2007.

BioNTech and Fosun Pharmaceutical have also detailed plans to advance BioNTech's mRNA vaccine candidate BNT162 in China for the prevention of infections.

Fosun Pharma says that it will pay BioNTech up to $135 million in upfront and potential future investment and milestone payments, with the companies sharing any eventual profits from the sale of the vaccine in China.

The companies say the collaboration as an “important step in our global effort to expedite the development of our mRNA vaccine to prevent COVID-19 infection," commented BioNTech chief executive officer Ugur Sahin, noting that Fosun Pharma "brings deep development experience and an extensive network in the pharmaceutical market in China.”

The two businesses will work jointly on the development of BNT162 in China, leveraging Fosun Pharma's clinical development, regulatory and commercial capabilities in the country.

Another company pitching in is Moderna, who announced the dosing of a first subject in its Phase I study of experimental mRNA vaccine mRNA-1273 against SARS-CoV-2.

The American company says that the study aims to recruit a total of 45 healthy adults, ages 18 to 55 years, over a period of approximately six weeks, evaluating three dose levels of mRNA-1273.

"This study is the first step in the clinical development of an mRNA vaccine against SARS-CoV-2," remarked Moderna's chief medical officer Tal Zaks, adding "we are actively preparing for a potential Phase II study." The company noted that manufacturing is currently underway for mRNA-1273 material that would be used in a potential mid-stage trial, which could begin "in a few months."

The Coalition for Epidemic Preparedness Innovations (CEPI) also recently warned that a funding gap of about $2 billion could potentially hamper development of a vaccine against COVID-19.v