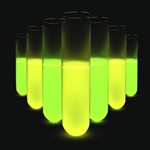 Drugs tested in trials by Cetero Research are under the spotlight after a US investigation found the contract research organisation falsified data and manipulated samples.

The news comes on the back of two US Food and Drug Administration inspections in 2010 and an independent audit, which were based on an employee’s allegations of misconduct by Cetero Research, which performs bioequivalence and pharmacokinetic drug testing.

According to a recent letter sent by the FDA to Roger Hayes, president, bioanalytical at Cetero Research, the investigations at the Houston plant found “objectionable conditions” and “significant instances of misconduct and violations”, which raised concerns about the integrity of the data the company generated between April 2005 and June 2010.

These violations, the letter said, included the “widespread falsification of dates and times in laboratory records for subject sample extractions, and the apparent manipulation of equilibration samples to meet pre-determined acceptance criteria”. The companies and drugs involved have not been named.

The FDA said the “pervasiveness and egregious nature of the violative practices” had led the agency to have “significant concerns” that the data, which in some cases had been used to support New Drug Applications and Abbreviated New Drug Applications, was “unreliable”.

The regulator is now notifying pharma companies to check whether their drugs have been tested by Cetero Research over the time period in question, and should expect that such drugs will need to be evaluated and tests possibly redone. However, it adds, “it is unlikely that these concerns relating to data integrity will affect the overall safety and efficacy of drugs already on the market. FDA is taking this precautionary measure to make sure the data underlying the approval decision is completely reliable. At this time, there is no evidence of problems with the safety, quality, purity or potency of drugs already approved and marketed”.

The FDA is asking Cetero to provide a list of all testing related to the time period and to develop, implement and execute corrective and preventative actions that will prevent the recurrence of such violations.