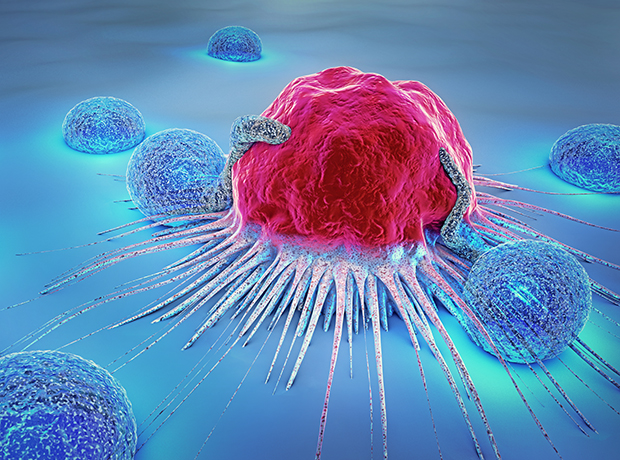 A new study, funded by Cancer Research UK (CRUK) and Wellcome, has discovered a new way to target the KRAS mutation, which is found in a number of hard-to-treat cancer types.

A research team, led by Professors Caroline Springer and Richard Marais at the Cancer Research UK Manchester Institute, has developed a drug which blocks two pathways in the KRAS signalling pathway, known as RAF and SRC.

This is significant, according to researchers, as current KRAS inhibitors target only one part of the signalling pathway.

KRAS mutations are found in 25% of cancers, and are more commonly observed in hard-to-treat cancers, such as pancreatic, lung and colorectal tumours.

The CRUK scientists tested the new drug, called CCT3833, in pancreatic, colorectal and lung cancer cell lines with KRAS gene changes, as well as in pancreatic tumours in mice, comparing the drug to other KRAS inhibitors.

According to the researchers, CCT3833 was able to restrict the growth of cancer cells and was more effective in killing the cancer cells compared to other KRAS inhibitors.

“This study has built upon almost 20 years of Cancer Research UK-funded research, and shows the importance of investing in basic research in the lab, which unpicks the biology of cancer,” said Michelle Mitchell, chief executive of CRUK.

“Breakthroughs in science are all about small steps that can lead to great change, and these results have brought us closer to a potential new option for people with these difficult-to-treat cancers,” she added.

“Faulty KRAS signalling in cancer was identified over 35 years ago and yet, we still cannot block this pathway effectively. Our new drug stops the function of two critical growth pathways in KRAS-driven cells and has shown to be more effective than current drugs that only block one part of the pathway,” said Caroline Springer, director of the drug discovery unit at the CRUK Manchester Institute.

"We now need to run broader clinical trials to see how many cancer patients could benefit from this drug,” Springer added.