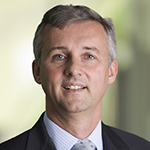 With antibiotic resistance returning to the spotlight following Prime Minister David Cameron’s warning of a return to the “dark ages of medicine”, Cubist Pharmaceuticals, which is becoming a key player in the field, says it is keen to play its part in meeting the challenge.

Patrick Vink (pictured), head of international business at Cubist, told PharmaTimes that Mr Cameron and others “are absolutely right to express serious concern about the rising global incidence of antibiotic resistance. Naturally this is an issue we remain acutely aware of, as the core focus of our R&D”.

Last month, the US Food and Drug Administration approved Cubist’s Sivextro (tedizolid) for acute bacterial skin and skin structure infections (ABSSSI) caused by certain susceptible bacteria, including Staphylococcus aureus (MRSA) and enterococcus faecalis. Mr Vink said that “I cannot think of a more immediate challenge in global healthcare right now than the real and growing threat of resistance to established antibiotics”, adding that “we need to act now before we lose this race against drug-resistant strains of bacteria”.

Mr Vink also stated that it was reassuring to see antibiotic resistance selected as the focus of the 2014 Longitude Prize in a public vote in the UK. The challenge for the £10 million prize will be to create a cheap, accurate, rapid and easy-to-use point of care test kit for bacterial infections.

Cubist is “certainly plugged into the Longitude Prize”, Mr Vink said, claiming that “thanks to the unstinting work of our teams, we are uniquely positioned to make a positive contribution to the solution called for”. He stressed that while Cubist is a US-based group, “in recognition of this global challenge, we are building out our European operations”.

On the question as to whether over-use is the root cause of the problem, Mr Vink said that “stewardship in antibiotic use is beyond doubt a key ingredient of successful infection control”. He went on to say that “we know physicians sometimes work with limited information on the nature of any specific infection [and] while we cannot criticise them for prescribing broad-spectrum antibiotics, it puts selective pressure on bacteria to evolve into resistant strains”.

As for incentives for drugmakers to invest in new antibiotics, Mr Vink said that “we do need to help companies move forward in this field. This means recognising the true value of these products, which some feel…has been undervalued historically”. He concluded by saying that “we are committed to leading the charge against this and welcome opportunities to engage with policy makers, regulators and non-governmental organisations to help speed these much-needed new antibiotics to market”.