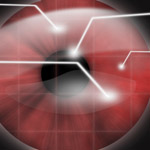 In draft guidance published today NICE says it is recommending Alimera’s Iluvien for certain patients with chronic diabetic macular oedema after the firm offered a price cut for its treatment.

NICE is specifically saying yes to Iluvien, a fluocinolone acetonide intravitreal implant, in patients with chronic diabetic macular oedema who are considered insufficiently responsive to other available therapies.

It is also recommended when a patient has had their natural lens replaced with an intraocularii (pseudophakiciii) lens.

The treatment was originally knocked back by NICE in January, but Alimera cut the price of its product under a patient access scheme, meaning the Institute looked at it again and decided in its favour.

Professor Carole Longson, health technology evaluation centre director at NICE, said: “Around 336,000 people with diabetes in the UK have diabetic macular oedema. The condition can cause blurred or double vision in those affected. NICE is pleased to be able to recommend fluocinolone for some people for the treatment of this condition in draft guidance.”

The implant has anti-inflammatory and anti-vascular endothelial growth factor (anti-VEGF) properties. Fluocinolone can decrease the oedema and limit visual loss and/or improve vision. The implant releases fluocinolone acetonide for up to 36 months.

The implant costs £5,500 per 190-microgram implant, which with the patient access scheme, falls within NICE’s QALY remit at just under £20,000 per QALY gained.

Chronic diabetic macular oedema causes blurred or double vision and affects around 14% of people with diabetes in the UK.

The macula is the central part of the retina responsible for seeing colour and fine detail. Diabetic macular oedema occurs as a result of changes in retinal blood vessels in people with diabetes.

A reduction in the number of connective tissues around capillaries and an increased amount of a protein called vascular endothelial growth factor (VEGF) causes the blood retinal barrier to become more permeable.

This leads to leakage of plasma constituents in the surrounding retina, causing a build-up of excess fluid (oedema) which disrupts the fovea, the area responsible for sharp vision. It can lead to severe visual impairment in the affected eye.