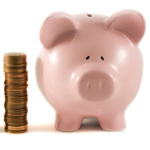 A new report issued by the Academy of Medical Royal Colleges has identified nearly £2 billion of cost savings the NHS could be making if “it provided more appropriate care in just 16 areas of clinical practice”.

The academy, which comprises the 20 medical Royal Colleges and Faculties across the UK and Ireland, has issued the guidance, called Protecting resources, promoting value, to doctors which shows how “a series of relatively simple measures could create savings which can be reinvested to improve patient care and raise standards across the healthcare system”. It has been compiled using data obtained by the National Institute of Clinical Excellence and first-hand accounts from doctors.

The document reveals that improving doctor awareness of the possibility of adverse drug reactions (ADRs), particularly among the frail and elderly could save the NHS £466 million a year. One analysis showed that over half of the patients being treated could safely have their medication reduced or stopped altogether and the AOMRC notes that ADRs account for four in every 100 hospital bed days.

The report also notes that “she simple measure of increasing the frequency of ward rounds means patients can often go home sooner”. It cites the example of the Royal Liverpool University hospital where ward rounds were increased from two a week to twice daily. It reduced bed occupancy by 7.8%.

It also notes that maximising the use of operating theatres and managing operating schedules better saved the University Hospital Bristol Trust £2 million a year; there are 160 acute trusts in England.

100% efficiency impossible but culture change is

The AOMRC acknowledges that “operating at 100% efficiency, round-the-clock would be impossible in an organisation as large and of necessity, as flexible as the NHS”. However, it calls for “a change in culture by England’s 150,000 doctors”, arguing they have “an ethical duty to protect resources and promote value”.

Academy chair Terence Stephenson said maintaining NHS services in the future “depends on doctors ensuring the best use of resources today. Quality of care is a doctor’s prime concern but delivering quality care and promoting value are really two sides of the same coin”.

The report asks doctors to remember that “if the finite NHS resources are spent on costly interventions that have little benefit, then the service provided will be of little value and the resources we have will be wasted”.

Sir Bruce Keogh, NHS England medical director, welcomed the report, saying “we need to be innovative to tackle the huge financial challenges we are facing, but there are also some more everyday changes that we can make to improve efficiency. This report neatly embodies some practical ideas for more efficient practice”.

Health Secretary Jeremy Hunt noted that the government has launched a safety campaign “aiming to halve avoidable harm and recently published a report showing the costs of unsafe care may be as high as £2.5 billion a year. Today's report builds on this and underlines the potential for savings”.