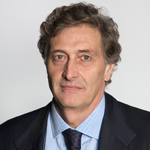 Following the forced shock departure of Guido Rasi last month, the European Medicines Agency says it plans to advertise for the post of executive director shortly.

Observers were stunned when highly-respected Dr Rasi (pictured) had to step down on a technicality after his appointment, made three years, was annulled. The move came after the European Union Civil Service Tribunal ruled in favour of an appeal by Emil Hristov, formerly of the Bulgarian drug agency, against the selection procedure in 2011 for the appointment of executive director.

The EMA’s management board held an extraordinary meeting last week in Rome to discuss the consequences of the judgment and has now confirmed that deputy executive director Andreas Pott will be in charge until the new selection procedure suggested by the European Commission is finalised.

Sir Kent Woods, chair of the EMA management board, was asked at the meeting to explore how Dr Rasi “can best support the agency in the coming months as his contract is in operation”. The agency also stressed that in its view, “the tribunal did not object in any way to the board’s procedures and decision-making."