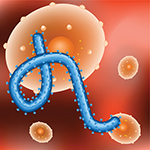 The European Medicines Agency says that “at this point in time there is not enough evidence for any” of the experimental therapies for Ebola to draw conclusions on their safety or efficacy.

This is the finding of an interim report published by the agency which is looking at seven Ebola meds. They are BCX4430 (from Biocryst), brincidofovir (Chimerix), favipiravir (Fujifilm/Toyama), TKM-100802 (Tekmira), AVI-7537 (Sarepta), ZMapp (Leafbio) and anti-Ebola F(ab’)2 (Fab’entech).

The EMA’s Committee for Medicinal Products for Human Use (CHMP) says the amount of information available for the seven treatments “is highly variable [and] for some compounds there is no data from use in human subjects available”. A small number of treatments have been administered to patients in the current Ebola outbreak as compassionate use.

Marco Cavaleri, head of anti-infectives and vaccines at the EMA, said “we encourage developers to generate more information on the use of these medicines [and] we will review any new information as soon as it becomes available”.

Vaccines to protect people against contracting the disease and treatments that do not directly target the Ebola virus have not been included in the CHMP review.

Meantime, the UK’s Kymab has been awarded a grant from the Wellcome Trust to lead a consortium developing new Ebola treatments.

The consortium, which includes the University of Westminster, the Wellcome Trust Sanger Institute and Public Health England’s Porton Down, will use Kymab’s human antibody discovery platform - Kymouse - to discover antibodies that act against different strains of the Ebola virus, “which is changing significantly from one outbreak to the next”.

In May, Kymab raised $40 million with the Wellcome Trust and the Bill & Melinda Gates Foundation putting in $20 million each.