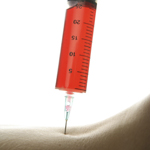 European regulators have approved an update to the product information for Sanofi Pasteur MSD’s cervical cancer jab Gardasil, to include new long-term data on protection against four strains of the Human papillomavirus.

The Summary of Product characteristics (SmPC) for Gardasil will include immunogenicity and effectiveness data showing sustained protection against HPV 6, 11, 16 and 18 disease, the group said.

The data, garnered from long-term follow up studies with men and women involved in the original trials, as well as girls and boys who received Gardasil at ages nine-15 years as part of immunobridging studies, show no cases of HPV 6, 11, 16 and 18-related disease in a broad spectrum of patients.

For example, in women aged 16-23 years there were no cases of CIN (Cervical Intraepithelial Neoplasiacases, a potentially pre-malignant condition) observed for up to eight years, in girls aged nine-15 there were no reports of CIN or genital warts up to six years, and for boys of the same age no external genital lesions were seen 6.5 years post vaccination.

Most European countries currently implement cervical cancer/HPV vaccination programmes for girls and, from this month, Austria becomes the first to vaccinate all boys and girls against the disease. Launched in 2006, Gardasil is the most widely used HPV vaccine worldwide, followed by GlaxoSmithKline’s Cervarix.