Europe takes to cloud to track meds and fight fakes 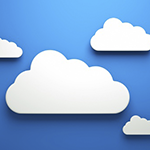 Europe's drugmakers have linked up with software development firm Solidsoft which will use a Microsoft cloud platform to put in place a system to track the authenticity of the more-than-10 billion products dispensed across the continent every year.

The software giant's Windows Azure cloud platform has been selected to power the new European Medicines Verification System which will be developed and operated by Solidsoft. The EMVS has been put forward by the European Stakeholder Model (ESM) Partners, whose stakeholders include the European Federation of Pharmaceutical Industries and Associations and other stakeholders (including wholesalers, parallel importers and pharmacies) and which collectively represent 2,800 pharmaceutical companies.

The EMVS is designed to combat the growing problem of counterfeit medicines and will result in all medicines dispensed throughout the 27 countries of the European Union containing a unique, encrypted product identifier. This will be scanned at the point of dispensation and then verified for authenticity in the aforementioned cloud.

The solution is part of the sector’s response to the 2011 EU Falsified Medicines Directive (FMD) that aims to address the "alarming increase of medicinal products detected in the Union which are falsified in relation to their identity, history or source". Solidsoft was selected to lead the "multi-million euro project" ahead of 20 competing service providers and was the only bidder to propose "using a solution with back-end infrastructure that is fully cloud-based".

Solidsoft chief executive Garth Pickup told PharmaTimes World News that thanks to the cost-effective nature of the system, "we can turn on and turn off the technology and charge by the minute. we don't have to buy any equipment we just pay as we go". He noted that most of the pharma sector and pharmacies work in daylight hours so computer usage at night is significantly lower. "We can scale down and make savings every night", he noted, likening the system to the National Grid.

Mr Pickup went on to say that "the cloud has changed the dynamics of large IT projects such as this forever" and the almost -limitless scale provided via the Microsoft Windows Azure platform means that this massive project can be delivered to the EFPIA at much lower cost than on-premises". It will also "easily scale to the 10 billion-plus transactions it will handle each year in real time".

Paul Mills, EFPIA customer implementation service manager told PharmaTimes World News that the decision follows a pilot scheme run in Sweden between September 2009 and January 2010, which showed that a product verification system, based on a two-dimensional data matrix, is  effective. The "vast majority of our membership are fully behind" the EMVS, he said.

The EMVS will involve the setting-up of a European hub which will be connected to a series of national data repositories, which serve as verification platforms, and can be used by pharmacies and other registered parties to check a product’s authenticity. The specifics on safety features for medicine packets demanded by the FMD will not be confirmed until an act is finalised in 2014 and in terms of implementation, Mr Mills said it could take some countries three years and others may need nine.

The EMVS will also offer those countries who do not want to set up their own national system the chance to use an off-the-shelf verification solution. Mr Pickup added that the design of this solution has been made specifically to minimise the impact on pharmacies and the industry in general as the system is implemented.

Richard Bergstrom, director-general of EFPIA, stated that "patients need to be able to trust in the medicines they take and this is a timely and important step towards finding a solution to the urgent problem of counterfeiting". He concluded by saying that Microsoft and Solidsoft "will enable us to deliver a system that is robust, secure and cost-effective".