Ex-EMA chief "set up consultancy while still in office" 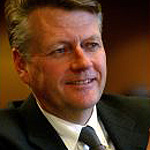 New evidence shows that Thomas Lonngren, former head of the European Medicines Agency (EMA), set up his own consultancy business to advise pharmaceutical industry clients while he was still employed as the EMA's head, according to pressure groups.

This conduct could amount to a breach of the Staff Regulations that govern the conduct of European Union (EU) officials, according to the groups, the Alliance for Lobbying Transparency and Ethics Regulation (ALTER-EU), Health Action International (HAI) Europe and Formindep.

The groups have appealed to the European Commissioner for Health and Consumer Policy, John Dalli, to Commissioner Maros Sefocvic, who is responsible for the "revolving door" rules, and to the EMA's new head, Guido Rasi, to look into the issue.

The European Ombudsman, P Nikiforos Diamandouros, has recently warned that officials who arrange future jobs while still working for the EU institutions can provoke a serious conflict of interest. In a similar case at the European Food Safety Authority (EFSA), the Ombudsman ruled last week that officials should declare such job negotiations, which should then be evaluated under the Staff Regulations.

"Correspondence between Mr Lonngren and EMA suggest that his relationship with NDA was only disclosed after he left EMA," say the campaigners.

Mr Lonngren's move to NDA was approved by EMA but was still subject to some restrictions, yet the campaigners consider that these conditions may not be sufficient to prevent the risk of conflicts of interest from arising.

"The potential for NDA's clients in the pharmaceutical industry to benefit, however, indirectly, from Mr Lonngren's extensive network and knowledge of the European regulatory system as a result of his position at EMA is in conflict with the core mandate of EMA as a regulatory agency," said Katrina Perehudoff, speaking on behalf of HAI Europe and the Steering Committee of ALTER-EU.

"It is hard to see how such a job move does not provoke a conflict of interest with his former responsibilities as an executive director who oversaw the evaluation and approval of medicines," she went on, adding: "this new evidence of breaches of the rules in such a high-profile revolving-door case highlights the substantial loopholes that still exist in the EU's Staff Regulations, and how they are implemented by EMA."

"Revolving doors, where the regulated become confused with the regulators, are at the core of NDA's business model - six out of the 10 members of NDA's advisory board are former regulators at EMA and other regulatory agencies," said Anne Chailleu of Formindep.

"Industry is exploiting its links to the European regulatory framework. This is damaging the trust that European citizens should place in officials appointed to protect public health,” she added.

• In last week’s ruling, the Ombudsman called on the EFSA to strengthen its rules and procedures in order to avoid potential conflicts of interest in "revolving door" cases, after a complaint was made to him alleging that the EFSA had failed to address such a conflict arising from the move of an Agency head of unit to a biotechnology company.