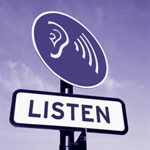 A stronger voice for patient organisations in defining what are “essential” medicines and public health emergencies could help protect worldwide public interests and prevent the inappropriate use of powers such as compulsory licensing, according to a new report.

Currently, governments can make “fairly arbitrary” decisions in these areas, says co-author David Taylor, professor of pharmaceutical and public health policy at UCL School of Pharmacy in London. The report urges patient organisations to press for internationally-agreed criteria on what constitute public health emergencies, essential drugs and also ”situations in which there is an urgent need to enhance access to intellectual property-protected and/or generic medicines.”

New pharmaceutical and other treatments, combined with the worldwide development of universally-accessible healthcare systems, could by 2050 effectively eliminate infectious and non-communicable disease-related deaths in people aged under 70, but such advances are under threat from attempts to weaken intellectual property rights (IPR) in countries such as India and South Africa, say the UCL authors.

Without IPR, private investment in high-risk biomedical research would be very unlikely to take place, and this would “almost certainly” have negative knock-on effects on public funding for fundamental research, they warn.

“Our analysis indicates that if private investors in high-risk biopharmaceutical research lose confidence, then public investment in relevant scientific advances would in future fall rather than rise,” says Prof Taylor.

“There is overwhelming evidence that maintaining private investment in research depends on a robust system of IP law,” agreed UCL legal authority professor Sir Robin Jacob, speaking at the report’s launch. “We need to find additional ways of incentivising research in neglected fields such as medicines for orphan diseases or finding new uses for established medicines,” he added.

The study also points to the contributions which patient organisations are already making in improving access to orphan disease treatments. Groups such as EURORDIS (Rare Disease Europe) have helped to enhance scientific understanding of conditions which, because of their rarity, are often poorly described in the literature, while the US National Organization of Rare Disorders (NORD) was in large part responsible for generating the political understanding and will that led to the 1983 Orphan Drug Act. And patient involvement in the work of the UK’s National Institute for Health and Care Excellence (NICE) has helped inform approaches to valuing medicines, it says.

Moreover, patient-led understanding of the impacts of rare conditions on individuals and minorities “can counterbalance crude ‘greatest good for the greatest number’ thinking about social justice,” say the authors.

“Even the communication of subjective experiences of particular forms of illness, disability and exclusion can contribute usefully to developing appropriate treatment and care approaches,” they add.