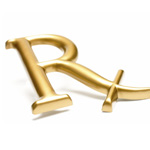 The number of patients taking 10 or more medicines is estimated to have trebled during 1995-2010, reflecting a large increase in people with complex, or several, long-term conditions (LTCs), says a new study published by healthcare policy think tank The King’s Fund.

In the past, taking numerous prescription drugs (polypharmacy) has often been seen as something to be avoided, but taking an evidence-based approach to polypharmacy should improve outcomes for many people, the report shows.

However, most research and health systems remain based on single-disease frameworks, so policy, medical training and clinical practice have often not adapted to optimising the use of multiple medicines and prescribing them according to best evidence. But integrated care is now widely accepted as the way forward in caring for people with multiple, complex LTCs, and appropriate polypharmacy now needs to be similarly accepted, says the study, which calls for:

- better training for doctors in managing complex multi-morbidity and in polypharmacy;

- more research set in the context of using treatments where people have several diseases, rather than selecting subjects who have single conditions;

- national guidelines for multi-morbidity to match those for single conditions;

- regular reviews of patients’ medication and a willingness to consider stopping medication, particularly in cases of limited life expectancy: and

- changes in systems of medical care to move away from increased specialisation towards a focus on multi-morbidity.

“Currently, patients may still be treated in silos where one specialist doctor will look after their care for diabetes, another for their heart condition and a third for their asthma. They will then be prescribed medicines for each condition, but these are often not considered in the whole,” says lead author Martin Duerden.

“We need more generalist doctors able to understand a patient’s medicine intake in its entirety and how they are managing, especially if they have to take numerous medicines at different times in the day,” he adds.

Mr Duerden suggests that a sensible way forward might be to identify and focus first on those taking 10 or more medicines. “Their medicines intake should be regularly reviewed so that, as well as the option of adding a medicine as a condition worsens, they can also scale back or even stop treatment – particularly recognising that end-of-life quality applies to chronic conditions as well as cancer,” he says.