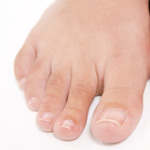 Advisors to the US Food and Drug Administration have firmly voted against recommending Novartis' canakinumab as a treatment for gout.

The agency's Arthritis Advisory Committee has voted 11-1 against backing ACZ885 (canakinumab) to treat gouty arthritis attacks in patients who cannot obtain adequate relief with non-steroidal anti-inflammatory drugs or colchicine, amid concerns about serious infections. The panel also voted 12-0 against the treatment being used to delay and reduce the frequency of future attacks.

However, the advisors were convinced about the efficacy of ACZ885, a fully human monoclonal antibody that neutralises interleukin-1 beta and would represent the first new class of therapies in nearly half a century to treat gouty arthritis. Canakinumab is already approved (and sold as Ilaris) in Europe, the USA and elsewhere for cryopyrin-associated periodic syndrome (CAPS).

Indeed the Swiss major does not appear to be too downhearted by the vote, noting that panellists raised the potential for use in a more narrow population of gouty arthritis patients. Trevor Mundel, head of development at Novartis Pharmaceuticals, said the firm is encouraged by the committee's "enthusiasm and robust discussion [and we] will work closely with the FDA to identify the right patient population who will benefit from this therapy".