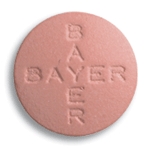 Onyx and partner Bayer have moved closer to a third indication for Nexavar after the US Food and Drug Administration (FDA) gave the drug a priority review in thyroid cancer.

Nexavar (sorafenib) is already approved in the US to treat patients with unresectable hepatocellular carcinoma and advanced renal cell carcinoma, bringing in €373 million in sales in the first six months of this year.

The first-half performance for the drug was actually a 2% drop on the same period of 2012, however, so Bayer and Onyx will be looking to new indications to restore upwards momentum to the product.

The priority review designation is for a marketing application filed in June seeking approval of Nexavar in the treatment of locally advanced or metastatic radioactive iodine (RAI)-refractory differentiated thyroid cancer, and the FDA is scheduled to make a decision on the filing by December 25. Nexavar is also under review for this indication in Europe.

Most patients with differentiated thyroid cancer can be cured using existing therapies such as chemotherapy, tyrosine kinase inhibitors and monoclonal antibodies that target VEGF or VEGF receptor, but a proportion fail to respond to any treatment.

Onyx estimates that there are approximately 3,000 to 4,000 thyroid cancer patients in this category annually in the US and a similar number in Europe.

The submission is based on data from the DECISION trial, which looked at Nexavar as a first-line treatment in 417 treatment-naïve patients. The results, which were presented at the ASCO annual meeting in June, showed that Nexavar extended progression-free survival by 42% compared to placebo (10.8 months versus 5.8 months).

Earlier this week, Onyx agreed to be acquired by Amgen in a $125 per share deal valuing the company at around $10.4 billion.