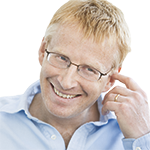 Value-based assessment. I don’t really know what it is, would struggle to describe it clearly and don’t know how it’s going to work in real life. Outside the NHS, if someone has made something that works but the purchaser can’t afford it or thinks it’s too expensive, they thrash out the price through negotiation rather than overcomplicate matters with new jargon and structures.

Of course, new jargon and structures is what every NHS reform is about, to give the illusion of progress and to obscure important decisions about life quality and expectancy. PharmaTimes is at least willing to try to explain the confusion, holding a debate on PPRS and value assessment with the optimistic tag line A revolution for medicines access? Or at least it would be optimistic without the question mark.

I’ve offered to chair the meeting, more to educate myself than anyone else, and here’s what I think I know so far. Value-based assessment is actually vanity-based assessment, named in honour of Andrew Lansley and his love of unnecessary confusion. As with everything in the NHS these days it’s all about money, and key decisions will end up back with NICE because clinical commissioning groups don’t want angry protesters or judicial reviews to deal with. And neither do politicians. So the NICE firewall is as vital as ever.

In November, the Department of Health announced changes to the current Pharmaceutical Price Regulation Scheme, which included a price freeze on NHS drugs spend in England for two years. This suggests the government is slightly more focused on managing growing NHS costs in the short term rather than valuing the long-term benefits of medicine innovation.

It has, however, extended the Cancer Drugs Fund. This was established in April 2011 because the government realised there were more votes in cancer than, say, multiple sclerosis or arthritis – and patients/the Daily Mail were demanding access to the drugs that NICE had turned down or took ages to assess. Given that value-based assessment has been delayed until someone figures out what it means, the fund will continue in some form or other until 2016, giving patients access to select life-extending drugs (although not always a huge extension for the price).

According to the Rarer Cancers Foundation, more than 33,000 patients are set to benefit from this £400 million extension, but only if they live in England and tick the right boxes. This seems completely counter to the NHS ethos of treating people according to need (sorry, value). Indeed, Jeremy Hunt says he knows of patients who have moved from Wales to England to get drugs.

I believe in NICE – no country providing universal healthcare has the resources to achieve the highest possible standards of care for everyone. The NHS is at least open about this now, even if it is not always fair. But NICE and the government have a fight on their hands as patients find their voice and demand the power and influence they’ve been promised.

As Jill Short, who was diagnosed with primary peritoneal cancer in June 2012 and has received treatment through the Cancer Drugs Fund, puts it: “Living with cancer is tough enough without having to fight the system to get the treatment your doctor thinks could most help you. The Cancer Drugs Fund has helped put power back in the hands of patients and doctors. Extending it is the right thing to do.” Oncologists also want every drug at their disposal, and not just for private patients.

NICE has had almost as long to think about how value-based assessment might work as it takes to evaluate a new drug. Come to the meeting, hear the verdict and judge whether VBA will make patients better or worse. As with any drug, reforms are all about sum net gain. Or not.

This article appears in the next issue of PharmaTimes Magazine, available now as a free digital subscription or via an App on iTunes or GooglePlay

For more information on our forthcoming Ask the Experts meeting to discuss whether the new PPRS and incoming value-based assessment will revolutionise patient access to medicines, click here