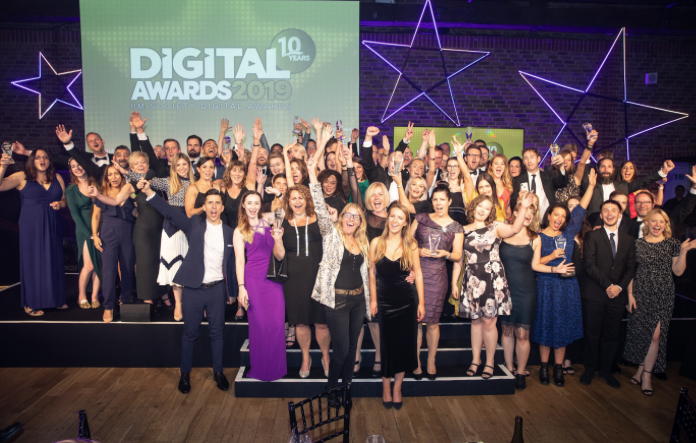 The winners of the tenth PM Society Digital Awards, held at the Brewery in London, have been announced.

There was an an even spread of winners across the categories, as no company took home more than three gold awards. The coveted Pharma Digital Partner award was won by Emma Prosser from MSD, with a Highly Commended for Lindsey Rodger from Ferring.

Best Digital Project or Account Manager this year was won by M3’s Eta Rodger and the Best Agency Digital Team was from ARK.

In addition to those wins, Four Health won three Golds, in Patient Communications, Innovation – Best use of new technology and in partnership with earthware for the best Promotional Brand Campaign. ARK had two wins, taking home Gold for Best Film in addition to the best Agency Digital Team award. Earthware won a Gold, two Silver and two Bronze awards and Havas Life Medicom took home a Gold and two Silvers, as did M3.

There were 15 categories at this year’s awards, the only new award being the addition of a category to judge digital campaigns developed with and for charities and patient organisations, which was won by emotive with Rare Disease UK.

Chair of the Digital Awards, Rachel Farrow, said “I’m so pleased to see such a spread of winners this year from finalists representing 34 different agencies and 39 client organisations. This tenth anniversary event has been the best yet and we are so grateful to everyone that supports this event through entering, judging, sponsoring and helping us put on a fantastic awards ceremony. Here’s to the next ten years!”

The PM Society is a not-for-profit organisation, founded over 40 years ago.