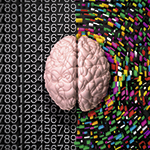 The G8 summit on dementia in London has seen the countries involved agree to a package of measures to tackle the crisis, setting a goal of identifying a cure or a disease-modifying therapy by 2025.

The ambitious target set by the G8 countries - Canada, France, Germany, Italy, Japan, Russia, the UK and USA - will be backed by a commitment to "together significantly increase the amount spent on dementia research and increase the number of people involved in clinical trials and studies".

Also, the G8 nations are supporting the UK in appointing a 'global dementia innovation envoy', following the example of HIV/AIDS and climate change. The envoy role "will bring together international expertise to stimulate innovation and co-ordinate international efforts to attract new sources of finance". This will include "exploring the possibility of a new private and philanthropic fund".

In a statement issued at the end of the summit, the G8 notes that "simply increasing spending on dementia research will not be enough", which is why there will be an action plan on how the countries will work together to identify and then fill the gaps in research". The plan will also "encourage open access to all publicly-funded dementia research to make data and results available for further research as quickly as possible".

Margaret Chan, World Health Organisation director-general, welcomed the aims and outcomes of this summit, "with its ground-breaking proposals to stimulate R&D to catch up with a runaway human tragedy". She said the WHO’s priority "will be to help countries, especially in the developing world, cope with their rapidly-ageing populations and escalating numbers of people with dementia", adding that the agency will also develop an online resource to help carers.

In his closing address to the summit, UK health secretary Jeremy Hunt stated that "20 years ago, fear, ignorance and stigma surrounded HIV and AIDS – but we know from this that major diseases can be made manageable, even preventable, with sufficient political will". He said dementia costs "an astounding $604 billion every year, about 1% of the world’s GDP, but this isn’t just an economic problem".

In March, the UK will hold an event on how to get greater investment and finance in innovative care and there will be subsequent meetings next year on new care and prevention models (in Japan) and partnerships between academia and industry (hosted by Canada/France).