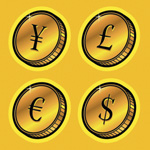 Worldwide spending on medicines will reach nearly $1.1 trillion by 2015, but with average annual growth slowing to 3%-6% over the period compared to 6.2% during the last five years, a new study forecasts.

Key factors for the future include lower levels of drug spending growth in the US, the ongoing impact of patent expiries in developed markets, continuing strong demand in the "pharmerging" markets and policy-driven changes in a number of countries, says the report, from the IMS Institute for Healthcare Informatics.

"Past patterns of spending offer few clues about the level of expected growth through 2015," says Murray Aitken, the Institute's executive director. "There are unprecedented dynamics at play which are driving rapid shifts in the mix of spending by patients and payers between branded products and generics, and across both developed and pharmerging markets," he adds.

The report suggests that continued incremental spending on brands by ageing populations in developed markets will be more than offset by the impact of patent expiries. As a result, spending on branded products in developed markets will remain the same in 2015 as in 2010, while globally, the market share for branded medicines, which fell from 70% in 2005 to 64% in 2010, will decline further to 53% by 2015. Growth for branded products will be robust in the emerging markets, but 80 cents of every dollar spent on medicines in these markets in 2015 will be for generics, says IMS.

Moreover, patent expiries will yield $98 billion net savings to payers in developing countries to 2015, compared with savings of $54 billion in the five years to 2010. Patent expiries will save payers $120 billion by 2015, offset by $22 billion of expected generic spending for these products. The US will experience the largest expansion of generic spending among the developed markets, while Japan will continue to have the lowest share, despite significant policy incentives aimed at increasing generic prescribing and dispensing, the report forecasts.

The pharmerging markets’ medicines spending is set to double, from $151 billion in 2010 to $285-$315 billion by 2015, fuelled by strong economic growth and governments' commitment to expanded healthcare access, it adds. By 2015, these markets will become the second-largest geographic segment globally in terms of medicines spending, surpassing Germany, France, Italy, Spain and the UK combined, and approaching US levels.

The study identifies a number of 2010 policy decisions which will affect medicine spending to 2015, including: - passage of the US Affordable Care Act (ACA), which will expand health insurance coverage to 25-30 million Americans; - price controls in China to ensure the sustainability of universal coverage; - Japan's first price cut under its new protected innovative products policy; - price cuts to generics and off-patent products in Spain and Italy; and - mandatory cost-benefit evaluations for new products in Germany.

The report also sees rebates and discounts being applied more extensively by public and private payers, particularly in the US, France and Germany, and expects the value of these off-invoice discounts to rise from $60-$65 billion in 2010 to $65-$75 billion by 2010.

IMS expects oncology to remain the leading therapeutic class in 2015, but with growth slowing to 5%-8%. Other leading classes will include: - diabetes, rising 4%-7% due to increasing prevalence and the uptake of newer oral treatments; - asthma and COPD (chronic obstructive pulmonary disease), where growth is expected to slow to 2%-5%; and - lipid regulators, where spending will fall to $31 billion from $37 billion in 2010.

Finally, sales of biosimilar products will grow from $311 million in 2010 to over $2 billion a year in 2015, when they will account for about 1% of total global spending on biologic drugs, the report forecasts.