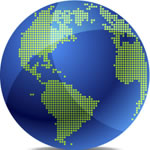 Global spending on medicines is set to soar by as much as 30% from 2013 to 2018, and by the latter year total expenditures will be nearly $1.3 trillion, according to new forecasts.

The world pharma market will increase at a compound average growth rate (CAGR) of 4%-7% during 2013-18, rising $305-$335 billion over the period (based on constant exchange rates) compared with $194 billion growth seen in the previous five-year period, 2009-13, when the CAGR was 5.2%, says the research, from the IMS Institute for Healthcare Informatics.

This fast growth will be driven primarily by increased specialty drug innovation, greater access to medicines and reduced impact of patent expiries, says the study.  It also forecasts that annual spending growth will spike this year at $70 billion, up from $44 billion in 2013 and $26 billion in 2012 and will moderate in the years to 2018, although remaining at higher levels than those seen during 2009-13.

“The higher level of spending growth we’re projecting over the next five years reflects an unusual combination of higher spending on the surge of innovative medicines for patients and lower savings from patent expiries,” says Murray Aitken, IMH Health senior vice president and executive director of the IMS Institute.

“This is particularly evident this year and next in developing countries, and especially in the US, which accounts for more than a third of the global market,” he adds.

The developed markets – led by the US, the five major European markets (France, Germany, Spain, UK and Italy) and Japan – will be the primary drivers of this increased growth; while they will moderate as cost-containment measures further limit price levels, rising volumes will continue to contribute to overall market growth. Only France and Spain will see a contraction in pharmaceutical spend per capita in 2018, as a result of policies aimed at curbing spending growth.

The 21 “pharmerging” markets which currently account for 25% of global medicines expenditures will increase their spending by more than 50% by 2018, with a CAGR of 8%-11% over the forecast period as they continue to broaden access to treatments due to their expanding economies and ongoing government efforts to provide universal health coverage. By 2018, over 80% of growth in the pharmerging markets will be attributed to non-branded medicines, including greater use of biologic drugs.

China, which is already the world’s second-largest pharmaceutical market, will reach spending levels of $155-$185 billion in 2018, the report adds.

Specialty medicines are expected to contribute 40% of total global spending growth to 2018, with higher expenditures particularly in the developed markets. Much of this growth will be from products which bring patients new treatment options, with particularly notable advances expected in the areas of oncology, autoimmune, respiratory, antiviral and immunosuppressant therapies.

The recent surge in cancer drug innovation will continue and contribute to global spending on all oncology drugs, which is set to rise from $65 billion in 2013 to around $100 billion in 2018, while the introduction and uptake of potent new hepatitis C therapies are forecast to producing spending totalling about $100 billion in the five years to 2018, the report forecasts.

Moreover, almost 200 new drugs are expected to be launched in the next five years. Over 2,000 products are currently in late-stage development, a quarter of which are oncology drugs. However, the IMS Institute notes that the availability of new medicines to patients worldwide varies significantly by country and disease area  and that, on average, fewer than half the medicines launched during the previous five years are now available across the major developed markets.

- The IMS Institute points out that its estimates are measured at ex-manufacturer level and do not factor in a range of rebates, discounts, taxes and other adjustments that affect the net amount received by manufacturers. The impact of these factors is estimated to reduce growth by $60-$80 billion, or around 25% of the increase forecast, over the next five years, it says