GSK and Yale to work on new class of medicines 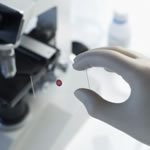 UK drug giant GlaxoSmithKline has hooked up with Yale University under a collaboration that will focus on designing a potential new class of medicines.

Under the discovery pact, GSK scientists are putting their heads together with Yale researchers to build on the latter's pioneering work with so-called proteolysis targeting chimeric molecules (PROTACs).

PROTAC technology helps the cellular destruction of disease-casuing proteins by leading them to a cell's "garbage disposal" for culling.

Mutant or unusually high levels of these proteins can be linked with disease progression in a number of areas, such as oncology and inflammation, but as yet cannot be tackled by traditional ways of making drugs, GSK notes.

With GSK's expertise in medicinal chemistry the joint research team is hoping to have proof-of-principle data in the bag by the end of this year, paving the way for development of the technology into future medicines.

The terms of the deal grant GSK the right to use PROTAC technology for multiple disease-causing proteins across all therapy areas. In return, for each protein-degrading drug discovered and developed, Yale will receive milestone and royalty payments.

First US deal for GSK

GSK has already formed such risk-sharing type or arrangements with academic institutions in the UK, but this its the first in the US, and is also notable for its scope around a potential new class of medicines.

"This partnership is exploring a new way for promising, but unproven therapeutic approaches to jump from the academic lab more quickly into the early stage pharmaceutical pipeline," said Kris Famm, head of GSK's Protein Degredation effort, who will be leading the programme with Yale University's Professor Craig Crews.

"The relationship between the pharmaceutical industry and academia is changing," Crew said, adding that the collaboration "offers a new paradigm for how pharma companies and academic researchers can benefit from working more closely together.

Pharmaceutical productivity and research pipelines have thinned over the years, and increasingly drug companies, including heavyweights like GSK and Pfizer, are hooking into academia to tap into leading research and discovery that might become the next generation of medicines.