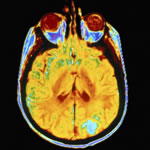 UK drug giant GlaxoSmithKline's dabrafenib shrank tumours and extended survival in patients with melanoma whose disease had spread to the brain, and in those with other non-melanoma types of solid tumours.

According to findings from a Phase I clinical trial, published in The Lancet, a significant number of patients with a variety of solid tumours responded to treatment with GSK's drug.

But perhaps most exciting was the findings that, in patients with melanoma and untreated brain metastases, 90% had reductions in size of brain lesions after being given dabrafenib 150mg twice a day.

In fact, the cancer in the brain disappeared completely in four of the patients.

"The results in the brain were remarkable," said Georgina Long of the Melanoma Institute Australia and Westmead Hospital in Sydney, according to Reuters. "I don't think there is a single other systemic agent that is as active in the brain."