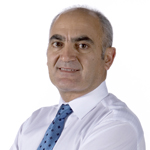 In an interview with the Wall Street Journal, GlaxoSmithKline's R&D chief Moncef Slaoui has been explaining how the company's Drug Performance Units (DPUs) have improved efficiency and created an entrepreneurial spirit within its research operations.

In July 2008, GSK created the DPUs (there are now 38) within its existing Centres of Excellence for Drug Discovery. Each individual DPU would compete for a total of $1 billion per year in investment capital for three years' funding, to be allocated by a new global Drug Discovery Investment Board and now the heads of each unit are getting ready to bid again.

They will be looking for funding up until 2014. Dr Slaoui told the WSJ that "we wanted to give them enough runway, if you wish, to be able to truly prospect a scientific hypothesis, so we decided it would be a period of about three years". He added that "one year is too short, five years is too long; three years, we thought, was long enough to ask people, 'what is your plan? What do we want to do? What are the key milestones along that plan'?

So the plan is to "give them an investment and then three years later hold them accountable and assess," Dr Slaoui said. He noted that "we moved from an organisation where all the key decisions that defined the long-term future of the company were made by two, three, perhaps even five people, and we had five centres of excellence for drug discovery, to now 38 people".

Dr Slaoui went on to tell the newspaper that "I think it was a big mistake for the industry to define R&D budget as a percentage of sales. Sales are the outcome of R&D that was conducted 10 years ago". He added that "there may be years where we have good projects to invest into and perhaps our needs are slightly above whatever is the classical percentage of sales that we devote to R&D". Equally, "there will be years where we don't have that many interesting projects to invest into, when we shouldn't be investing".

GSK now has a return-on-investment target of about 14% from its drug R&D spend, up from a previous target of 11%, and it has reduced investment in the neuroscience area and ceasing discovery research in areas such as pain and depression. Dr Slaoui noted that the R&D budget decreased from about £3.2 billion to £2.8 billion, and the fraction we dedicated to discovery went from about 60% in 2006 to about 38%. Development went from 40% to 62%, "which is really our intent".

In terms of partnerships, he told the WSJ that "our discovery engine is in fact 88 engines: 38 inside and about 50 outside". The former "have a fixed cost, fully borne by the organisation and 50 for which there is very limited fixed cost and for which cost is based on success".