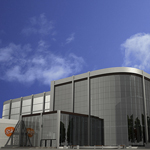 GlaxoSmithKline is building its first new manufacturing facility in the UK for almost 40 years, in Ulverston, Cumbria, as part of an investment of more than £500 million to increase production of active ingredients.

The drugs giant says that following an extensive feasibility study, Ulverston was chosen for the new state-of-the-art biopharmaceutical plant and some £350 million has been earmarked for its construction. Detailed planning and design of the new facility will now begin (artist's impression [left] courtesy of GSK), with an anticipated start date for construction of 2014/15. It is likely to take at least six years before the new plant is fully operational; the Ulverston site currently employs around 240 people and manufactures key ingredients for antibiotics.

GSK added that it may double the investment at Ulverston to £700 million, "depending on continued improvements in the environment for innovation in the UK". The firm is also investing more than £100 million across its two manufacturing sites in Scotland - Montrose and Irvine, and a further £80 million at its sites in Ware, Hertfordshire and Barnard Castle, Co Durham.

In total, the investments will create up to 1,000 new jobs over the lifetime of the projects "and will also benefit the wider construction industry and the many companies which supply GSK with services and facilities in the UK".

The announcement came hours after confirmation by the government in the Budget that it will implement a ‘patent box’ to encourage investment in R&D and related manufacturing, ie introducing a lower rate of corporation tax on profits generated from UK-owned intellectual property. GSK chief executive Sir Andrew Witty said the introduction of the patent box "has transformed the way in which we view the UK as a location for new investments, ensuring that the medicines of the future will not only be discovered, but can also continue to be made here in Britain".

He added that the company is "actively considering other investments in our UK manufacturing network which would create further jobs and reinforce the UK’s international competitiveness and as a world leader in life sciences".

The announcement went down very well with Prime Minister David Cameron who said "this is excellent news, a major investment that will create many highly skilled jobs and provide a great boost to the economy. It shows why we are right to cut business tax and focus on making the UK a dynamic and competitive place that can attract exactly this type of high tech investment".

Mr Cameron went on to say that "we have a world class life sciences industry, and I am determined not just to keep it here in the UK but significantly increase it too". However, he added that "we cannot be complacent, the industry is changing, and we must change with it".