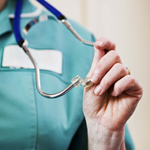 Inconsistency in how patients are described for short-stay treatments in hospital is leading to treatment charges being multiplied by as much as five times or more, according to the Audit Commission.

The NHS is suffering from "incorrect recording and incorrect payments," because the same treatment may be recorded as inpatient care at one hospital and as outpatient at another, and these inconsistent treatment descriptions are affecting patients, skewing management information and wasting NHS funding, the Commission warns, in a report out today.

This issue - how to classify a patient who stays in hospital for less than 24 hours - is a major cause of dispute between those who commission NHS services and those who provide them, it says, and warns that the "incorrect recording and incorrect payments" which it has discovered have serious financial implications.

Routine short-stay treatments cost the NHS £6.8 billion a year, so discrepancies in contract values can vary by millions, and there are frequent contract disputes over this specific issue, the Commission notes.

"Confusion over how to record what has happened to a patient makes it impossible to compare like with like, compromising patient choice. It also makes planning and commissioning care difficult when treatment data gives an unclear picture," says Andy McKeon, the Audit Commission's managing director for health.

"We have also found that NHS managers are spending valuable time debating how patient treatment is recorded or described, time that would be much better spent focusing on the treatment itself. The arguments are only like to increase as money gets tighter, and GPs in clinical commissioning groups [CCGs] begin examining what happened to their patients and how much they are being charged," he adds.

All NHS hospital activity is classified according to nationally-set definitions. They affect the way each treatment is funded under the Payment by Results (PbR) regime. Most of the definitions are clear and properly applied, but the Audit Commission report notes that the PbR tariff is sometimes based on data that fails to represent the services delivered.

And this is symptomatic of a wider problem - that NHS national datasets need to change to reflect the way care is now being provided, it says. As more care is provided in outpatient settings, or outside hospitals altogether, much of the data is lost. This makes it difficult to record how patient needs are being met and to assess NHS productivity.

First, an 18-year-old boy goes to hospital for a simple operation needing only a short amount of theatre time. In one trust this would be categorised as a day case (an admitted patient) and the trust would receive £729. But elsewhere, the same activity treated in the same way could be recorded as an outpatient (not admitted) and would be paid £116, or 84% less.

The second examples illustrates that problems with emergency activity are more complex.

A 10-year-old girl is sent by her GP to a hospital paediatric ward. She is seen briefly by a consultant and then observed by a nurse for a few hours before going home. At one trust this would be recorded as a "ward attender" with a follow-up outpatient attendance, which costs £113. But elsewhere she may be classified as an "admission," and charged at £509, more than four times as much.

The Audit Commission report makes wide-ranging recommendations to tackle this problem. It calls on the Department of Health, NHS Connecting for Health and the NHS Information Centre to provide a single source of contact for PbR data recording queries, and a consistent and authoritative source of guidance.

It also recommends that providers and commissioners should use the Audit Commission's own PbR National Benchmarker to identify areas where their activity classification differs from the national picture.