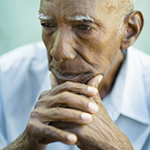 The Innovative Medicines Initiative (IMI), the public-private partnership between the European Union and member companies of the European Federation of Pharmaceutical Industries and Associations, has launched a €53 million project to consolidate proof-of-concept trials of drugs for Alzheimer’s disease.

Timed to coincide with the G8 Dementia summit in London, the announcement was part of the IMI’s 11th Call for research proposals, which includes eight topics encompassing Alzheimer’s, osteoarthritis, cancer, diseases transmitted by animals, antimicrobial resistance, tools for drug discovery and environmental impact of medicines.

A number of pharmaceutical and biotechnology companies will collaborate on the Alzheimer’s project, together with universities, small and medium-sized enterprises, patient groups and regulators.

The aim is to accelerate drug development and patient access to the latest treatments for the disease, which is expected to affect 100 million people worldwide by 2050.

The IMI project is focusing on early-stage proof-of-concept trials for Alzheimer’s disease candidates.

Rather than individual companies running these studies separately, the idea is to compare several candidate drugs at once with placebo.

Instead of putting half of all patients on placebo treatment, as in conventional clinical trials, this approach will allocate only around 20% of patients to the placebo group.

It will also employ an adaptive trial design that can be adjusted to emerging results.

So, for example, if a candidate drug appears particularly effective in certain categories of patient, then “assignment of that medicine can be preferentially directed to those people to confirm this finding”, IMI explains

Similarly, new candidates can be added to the trial and medicines that turn out to ineffective can be dropped. The adaptive design will also enable researchers to test both individual drugs and combinations of different medicines.

The strategy has already proved effective in trials of new treatments for breast cancer, IMI notes. This will be the first time such an approach has been used for Alzheimer’s disease.

“The challenge of developing new treatments for Alzheimer’s disease is too great for any single organisation, country or company to tackle alone,” commented IMI executive director Michel Goldman.

“What is needed is an unprecedented, international, collaborative approach bringing together all stakeholders involved in the development of new treatments for Alzheimer’s.”

Of the proposed €53 million budget for the Alzheimer’s project, €28 million will come from the European Commission’s Seventh Framework for Research (FP7) and €25 million from in-kind contributions by pharmaceutical companies taking part in the initiative.

The IMI’s 11th Call for proposals has an overall budget of €371 million, with FP7 providing €170 million of that total and participating pharmaceutical companies €201 million.

Among the other projects are analysing new and existing data to pave the way for personalised treatment of osteoarthritis; developing less invasive ways of capturing cancer cells from blood samples; and two antimicrobial-resistance topics: developing new therapies for healthcare-associated infections and for respiratory infections in patients with cystic fibrosis and related conditions.

The deadline for submitting Expressions of Interest for the 11th Call is 8 April 2014.