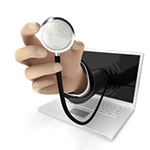 The government’s mammoth data sharing scheme care.data could be on hold for as long as two-to-three years, some experts believe, because of nervousness over issues of privacy, consent, anonymity and commercial exploitation in the use of NHS data.

The scheme – under which patient GP and hospital data are to be linked, stored and shared within the NHS and potentially with third-party organisations – was originally put on hold for a six-month cooling-off period earlier this year after a public awareness fiasco had GPs and healthcare leaders up in arms.

But Tim Kelsey, national director for patients and information in the NHS, has since reportedly said there is currently no set timeframe for its roll-out – leaving the delay open ended. Indeed, PharmaTimes Magazine understands that the Health and Social Care Information Centre has reduced the number of practices in the GP Extraction Service trial from 500 to 100 and the BMA has voted to support an opt-in policy.

Steve Mott, VP partnerships at Handle My Health, believes it’s unlikely to get moving again before the general election in May 2015, given the enormous hurdles that need to be overcome to convince the public and GPs on this now “toxic” topic. Saying data is anonymous is not enough, we have to demonstrate it. One way, Mott suggests, is to let patients see working examples online of how data supports medicine and research.

“Many critics agree with the premise and principles of care.data,” Kingsley Manning, chair of the HSCIC, told an audience at Open Health’s Health innovation: big ideas event recently. “They just don’t like how it’s been done. One of the failures was that we weren’t clear about what patients were getting out of it and how their data would be used – a major learning has been to treat it as a contract and to be clear about the transactional benefits for patients.”

“We must recognise that most of our answers to many critical questions – such as whether pseudonymised data is still your data; should companies be allowed to profit from the data generated by the NHS; and can we trust anyone to keep your data safe? – are not sufficient,” Manning noted.

“The power of data has the potential to transform the way patients live their lives. But we need pharma’s input to help develop fundamentally new service models based on data availability – essentially a data-led transformation of the NHS,” he told the audience. “And this won’t be possible without public trust.”

Indeed Manning likened care.data to the struggle pharma has with reputation on more than one occasion during the meeting. “If we’re going through a tough time, then so is pharma. Everyone expects you to come up with wonder drugs but at the same time questions you over your use of data, your profitability and your business practices.”

“What we’ve learnt over the past 12 months is that we have to be transparent in both our outputs and our processes, accept both observations and criticisms, and – critically – be aware that all citizens have rights that we have to honour in terms of what is done with their data. These will be a cost and a burden but the only way forward.”

Yet even when it does go live, care.data is unlikely to be directly accessible by industry, certainly in the short-to-medium term, Mott says.

Europe ‘will be more stringent’

Additionally, there is a very real prospect of EU legislation being introduced that will cover the way in which all personal information is handled. If this goes ahead there are likely to be hugely significant implications with a far greater level of stringency applied. This is a point picked up by Richard Barker, director of the Centre for the Advancement of Sustainable Medical Innovation, who says academic and industry researchers are warning that proposals for General Data Protection Regulation in Europe will mean stifling requirements for consent to use personal data in health research.

Although there is a “genuine underlying desire to help with research”, putting this across as good business for pharma is the wrong approach, Barker stresses. The message should be that sharing data can generate insights that will help the NHS make better decisions about their investment in medicines, he adds.

Instead of care.data, Mott believes we need to be more revolutionary and suggests patients will inevitably be given the facility and technology to create and curate their own health records, with the ability for variable opt-in to data sharing (yes to Cancer Research UK, no to banks, for example) or participating in clinical trials, perhaps even for a fee, he suggests.

Such direct engagement in research would be fantastic for industry and healthcare providers, he says, noting that 20 million high-quality records from patients that have opted in and are fully engaged is of much more value than 40 million records from patients who don’t really understand or necessarily want their data shared.

Patient-owned health records could be built on to include ‘dark data generated between consultations, such as exercise, OTC medicines, accidents, emotional status, food habits, data from devices, etc, to give a much more rounded picture and greater understanding of why issues arise, and we should start taking this data early, including information on vaccinations, accidents, and genetic disposition to disease.

Currently there is a wealth of data that is just sitting round gathering dust, but giving people control over their own health records will save lives, time, resources and money, Mott argues.

COMMENT: Why do we trust Apple and not pharma?

Enthusiasm is the default mode of Apple’s head of software, Craig Federighi. In announcing HealthKit and the Health app at the Worldwide Developers Conference (WWDC) on 2 June, he was breathless about the ability to collate and share medical data both between apps and with third parties such as hospitals. It might have been prudent to add a few more words on privacy and data security.

Apple’s track record on these issues, however, is pretty consistent. The company is notorious among software publishers and marketers for its refusal to share user information. Each time it introduces a new technology – Siri voice recognition, TouchID fingerprint security, now QuickType predictive text – users are assured that associated data can’t be exploited.

Apple has never been in the business of data mining or customer targeting in the mould of a Google or Amazon, and it’s unlikely this will change with HealthKit. Its function will be to collate data securely and release it explicitly to third-party healthcare product and service providers under the ‘total control’, in Federighi’s words, of the user. It’s those third parties, rather than Apple, that users will need to decide whether to trust.

To earn that trust, providers could do worse than look at Apple. Its tightly controlled ecosystem is compared unfavourably by tech cognoscenti to more fashionable ‘open’ approaches. But now more than ever, it’s attractive to users who want security and reliability. The key is to ensure users feel they’re inside the bubble – not outside, wondering what’s happening to their data.

Apple’s plans to revolutionise mobile healthcare was our most read story on PharmaTimes Online in June. Check it out at bit.ly/1j8cEd0 or go to p17 of our June issue to read more. And don’t miss the November issue of PharmaTimes Magazine, which will discuss care.data’s future in more detail. You can subscribe here.