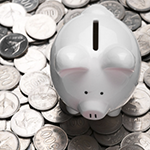 Indian drugmaker Orchid Pharma has bought a stake in a newly-formed European firm, Allecra Therapeutics, which has been set up to develop novel antibiotics.

Allecra, which has been created with 15 million euros in initial financing, is based in the European BioValley life sciences cluster, located in the Upper Rhein area encompassing Switzerland, Germany and France. It will focus on treatments to combat multi drug-resistant bacterial infections.

The funding was co-led by Edmond de Rothschild Investment Partners and Forbion Capital Partners, while EMBL Ventures also participated. Orchid has also invested and has assigned to Allecra intellectual property related to an antibiotic discovery programme which be pursued through further trials by the new company.

As well as taking a stake, Orchid will also be paid an upfront sum and is eligible to receive further royalties and exit bonuses based on Allecra's progress. The latter's chief executive, Nicholas Benedict, said that the formation of Allecra comes as governments, non-governmental agencies and the medical community "are crying out for urgent and decisive action to tackle the epidemic of antibiotic resistance".

Rothschild's Olivier Litzka, a member of Allecra’s board, added that the partnership with the India-based drugmaker is "an innovative collaboration bringing together Allecra’s strong development capability with Orchid’s track record in antibiotic research and manufacturing". He said the firm is supported by a "scientific advisory board consisting of world-renowned experts" and a board of directors which comprises "key appointments of entrepreneurs and industrialists with  records of success in this area. This is a new company built on a solid foundation for success".