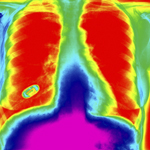 The Coalition for Pulmonary Fibrosis (CPF) in the US is urging patients with the lung disease to enrol for clinical trials, and in particular for two new studies being conducted through the National Institutes of Health’s Idiopathic Pulmonary Fibrosis Clinical Research Network (IPFnet).

For a disease such as pulmonary fibrosis (PF) that “claims as many lives each year as breast cancer with virtually no survivors”, clinical trials are “the likely path to answers and saved lives”, the CPF says. The new IPFnet studies are looking at drugs that block pathways considered key to the development of tissue fibrosis but which, to date, have never been adequately tested for their effectiveness in PF, the Coalition notes.

One of these, the PANTHER trial, will explore the effectiveness of anti-oxidants in pulmonary fibrosis. An earlier study “suggested a promising role for anti-oxidants in PF, but the limited number of patients tested in that study prevented investigators from reaching a firm conclusion”, the CPF observes. The PANTHER trial has been designed to address this issue and to see whether steroid and related drugs can help.

“Many PF patients are treated with these types of drugs, yet the usefulness of steroids remains in question,” comments Professor Jesse Roman, chair of the IPFnet’s Education Committee. “PANTHER will answer this question once and for all, but only if patient enrolment goals are met.”

The second trial being conducted through the IPFnet is ACE, which will assess the effectiveness of anticoagulants as a treatment for PF. Blood thinners such as Coumadin (warfarin) are commonly used in patients with vascular disorders but the approach has not been tested extensively in the PF setting, although animal studies and small clinical trials suggest it may be beneficial, the CPF says.

Both the PANTHER and ACE trials are currently enrolling patients. There are around 128,000 Americans with pulmonary fibrosis, with an estimated 48,000 new cases diagnosed each year. There is currently no known cure for the disease and often the cause is obscure. About two-thirds of PF patients die within five years of diagnosis.