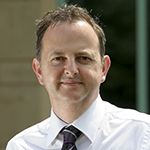 Jim Easton looks likely to step down as the NHS Commissioning Board’s director of transformation, potentially leaving a major gap in the government’s savings agenda.

Easton, known colloquially as ‘Mr QIPP’ because of his role in helping the government save £20 billion from the NHS, is set to become the managing director of Care UK, according to the Health Service Journal.

Care UK is a specialist care services centre, and an independent provider to the NHS.

This comes just two months after PharmaTimes revealed that the QIPP agenda – designed to make savings via: quality, innovation, productivity and prevention between 2009 and 2015 – was to get the boot.

PharmaTimes was told that work was now in progress to discontinue the QIPP brand, where the concept of medicines management will be scrapped and replaced with a focus on whole system change and a shake-up of patient care pathways.

The spirit of QIPP is expected to remain, but it was believed that this would be incorporated into ‘transformation’ under Easton. But his leaving will further spark rumours that QIPP may be on its way out. No replacement has yet been sought for Easton, given the complicated process surrounding his departure.

An NHS Commissioning Board spokeswoman said: “We can confirm that Jim Easton has been approached about a job opportunity by an organisation in the independent health sector.

“Because this would be an outside appointment, it is subject to approval in-line with the business appointment rules for senior Department of Health staff moving to new roles in the independent sector.”

She added that in his role as national director for improvement and efficiency at the DH, the rules apply for a two-year period after leaving. “Therefore, we cannot say any more before an application to take up an outside appointment has been considered under those rules,” she added.

Easton has always been a vocal attendant at pharma events, and has been something of a regulator speaker the ABPI’s annual meeting, and will most likely be missed by the industry if he leaves. Stephen Whitehead, chief executive of the ABPI, said last year that Easton was a ‘very, very, very good guy’, and someone who the industry could get on with.

Oldham to stay – for now

But Sir John Oldham, the man responsible for the bigger savings agenda under QIPP – namely, long-term conditions and urgent care, will remain in his post – at least for now.

He recently said, however, that he would not be seeking a position within the new National Commissioning Board, and that he was not sure what role he would take on when his contract comes to and end in December, but it would most likely be related to helping GPs managing their provisions.