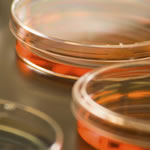 Kancera, a Swedish biotech focused on developing new therapies for leukaemia and solid tumours, has boosted its drug discovery capabilities by acquiring iNovacia, a contract research organisation also based in Stockholm and specialising in preclinical development and optimisation of drug candidates.

No financial details were released on the acquisition, which has now been completed. Kancera said iNovacia’s operations would be modified so that its R&D resources could be used mainly to accelerate the development of Kancera’s own drug candidates.

At the same time, “selected partners and clients may be offered access to iNovacia’s expertise in the development and validation of candidates” for pharmaceutical pipelines, Kancera added, noting that resource utilisation was likely to be at a high level in the new subsidiary.

iNovacia AB was set up in May 2006 by a team of scientists from biotechnology and pharmaceutical companies including Pharmacia Corporation, GlaxoSmithKline, Drug Discovery Partners International and Biovitrum. The company was 10% owned by Biovitrum AB, 20% by Asinex Ltd and 70% by its employees and founders.

The focus of the business has been assay development and quality control in compound handling to minimise false negatives in the search for high-quality ‘hits’. iNovacia applies biophysical and ADMET (absorption, distribution, metabolism, excretion and toxicity) profiling, as well as rapid library expansions, to exclude false positives, characterise modes of action and generate early structure-activity relationships.

In March 2010 iNovacia tightened that focus by selling its research informatics division to Contur Software AB.

According to Kancera, iNovacia has delivered more than 30 projects on behalf of established pharmaceutical companies in Europe and the USA since its spin-out from Biovitrum in 2006, Biovitrum itself had been spun out from Pharmacia in 2001.

- A hand-picked and specially designed chemical library, consisting of more than 280,000 drug-compatible substances and validated by international pharmaceutical and biotechnology customers.

- Over 20 years’ experience of designing and implementing drug discovery projects, building “know-how that paves the way for development programmes of high clinical importance and technical complexity”.

- A broad range of physiochemical and biophysical techniques, giving an early understanding of which compounds have the best chance of success in their further evolution towards clinical development, and of how these substances can be optimised to generate a powerful drug candidate.