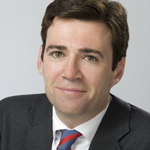 Labour has unveiled plans to create a new cancer fund that will pay for surgery and radiotherapy as well as innovative cancer medicines from April 2016, when the existing Cancer Drugs Fund is set to expire.

Shadow Health Secretary Andy Burnham said if elected, Labour will set aside £330 million a year to establish a Cancer Treatments Fund, adding an extra £50 million from pharma industry rebates to the current £280 million CDF budget to expand its scope.

Cancer experts will be consulted on the allocation of the resource and the best mechanisms for delivering it, he said, and slammed the current system for prioritising one form of cancer treatment over others, which is “indefensible” when “surgery and radiotherapy are responsible for nine in ten cases where cancer is cured”.

Duleep Allirajah, Head of Policy at Macmillan Cancer Support, has welcomed the “commitment to increase funding for cancer treatments, and its focus on funding treatment beyond drugs,” but also stressed “it is fundamental that any new system for the approval of cancer treatment is sustainable and keeps the patient at its heart”.

It is calling for reform of cost regulator the National Institute for Health and Care Excellence “to enable it to look at new medicines with greater flexibility whilst also balancing the affordability issue”.

Labour also pledged a new cancer strategy within six months of taking power at Whitehall, as well as a plan to tackle ageism in cancer treatment and expanding Teenage Cancer Trust’s awareness programme to every school in England.