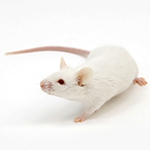 The Liberal Democrats are pursuing potential legislative changes before next year’s election around the transparency of animal testing in research in the UK, with minister Norman Baker calling for a ban on all such experiments.

The moves come after Mr Baker, the Home Office minister in charge of regulating animal experiments in the UK, carried out a review of Section 24 of the Animals (Scientific Procedures) Act 1986 following a high-profile National Anti-Vivisection Society campaign.

Under Section 24, researchers are protected by a “privacy clause” whereby data such as research contracts and justification for using live animals cannot be released by the Home Office.

Mr Baker, who is a known anti-vivisection campaigner, has announced his intention to bring in new legislation before the next election to increase transparency around animal experimentation, which would potentially allow the public to obtain details of tests.

“The coalition government is committed to enhancing openness and transparency about the use of animals in scientific research to improve public understanding of this work. It is a personal priority of mine,” Mr Baker said in a statement.

“The consultation on Section 24 of the Animals in Science Act has now concluded and we are currently analysing responses in preparation for pursuing potential legislative change.”

The minister also noted his desire to ban all animal tests in the UK, but added that this “would not happen tomorrow”.

The Coalition Government pledged in 2010 to reduce the number of animal tests, while Mr Baker believes a ban would be good for the economy, something he is trying to persuade the research fraternity to acknowledge.

“I am firmly of the belief it is not simply a moral issue but that we as a nation can get a strategic advantage from this – something that will be good for the economy,” he told BBC News.

Animal testing has been a contentious issue for years, which has been fuelled by the annual release of Home Office figures that, overall, show a 52% increase in the number of experiments between 1995 and 2013. Last year, there were 4.12 million procedures.

In a break down, there was a 6% increase in the breeding of genetically modified animals, making up 51% of all procedures, and a 5% decrease in other tests. More than 98% of the experiments involved mice, rats, fish and birds, though there were increases in the number of tests involving dogs, guinea pigs, rabbits and horses.

The British Union for the Abolition of Vivisection called the figures “shocking and unacceptable”, claiming the government was failing on its pledge.

But Wendy Jarrett, chief executive of Understanding Animal Research, responded to Mr Baker’s news, noting there were more than 15,000 fewer animals used in 2013 than 2012, with laws already in place making it illegal to test cosmetics or other ingredients on animals and to use an animal for research where an alternative method is available.

“I think we all agree that alternatives should be developed and used wherever possible… [but] were we to ban animal research tomorrow it would simply move abroad where standards of lab animal welfare are often not as high,” she said.

“We have long argued for increased funding for developing alternatives and reform of Section 24, however a hurdle to the minister’s vision may be that a great deal of research is about discovering how biological systems work in the first place. We cannot model what we don’t yet understand.”

The ABPI agreed, with Louise Leong, director of R&D policy, saying animal research plays a "small but essential role in medical, veterinary and scientific progress, and is helping us to better understand and improve the treatment of diseases in humans and animals, ultimately ensuring patients have access to innovative life-saving and life-enhancing medicines." She added that there is also a legal requirement for all new medicines to be tested in animals first to ensure patient safety.

"In line with our commitment to openness, we support the review of section 24 and a move to greater transparency. Our industry is actively committed to the 3Rs, embedded in research and development, and our members are driving 3Rs collaborative initiatives at a UK, European and international level to seek validated replacement, reduction and refinement options."

Meanwhile, more than 70 drugmakers – including the ABPI – charities, universities and medical societies signed a pledge in May this year to be more open and transparent about the use of animals in research in the UK, including when, how and why animals are used and efforts to reduce animal usage and minimise suffering and harm.

The signatories believe being transparent will help educate and inform the public on the benefits of animal research. However, Leong said "it is critically important that a replacement to section 24 continues to protect commercially sensitive information to maintain UK competitiveness in R&D".