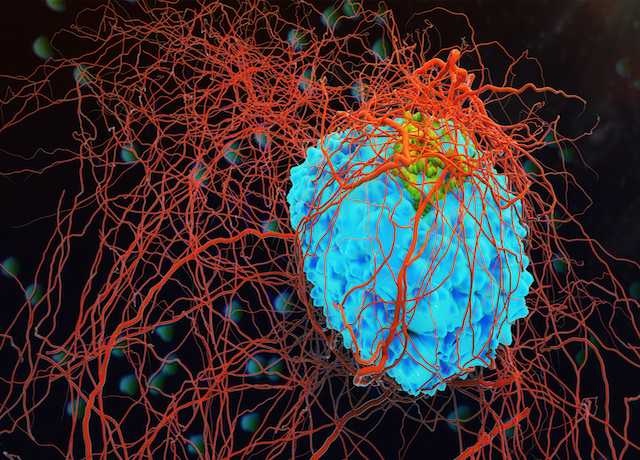 Lynparza (olaparib) was given as a first-line maintenance treatment in patients with newly diagnosed, advanced BRCA-mutated ovarian cancer, who had previously demonstrated a complete or partial response following platinum-based chemotherapy.

Following five-years of follow-up in the SOLO-1 phase III trial, Lynparza reduced the risk of disease progression or death by 67% and also improved PFS to a median of 56.0 months compared to 13.8 months in the placebo group.

At the five-year time point, 48.3% of patients treated with the PARP inhibitor remained free from disease progression compared to 20.5% on placebo. In addition, the median duration of treatment with Lynparza was 24.6 months versus 13.9 months with placebo.

“Once a patient’s ovarian cancer recurs, it historically has been incurable. Even at an advanced stage, we have shown that maintenance treatment with Lynparza can help patients achieve sustained remission,” said José Baselga, executive vice president, Oncology R&D at AZ.

“Today’s results further underline the critical importance of identifying a patient’s biomarker status at the time of diagnosis to offer a treatment that may help delay disease progression,” he added.

In a separate announcement from the 2020 European Society of Medical Oncology virtual congress, AZ and MSD said that Lynparza demonstrated a statistically significant and clinically meaningful improvement in overall survival in men with metastatic castration-resistant prostate cancer (mCRPC), with BRCA 1/2 or ATM gene mutations.

Specifically, Lynparza reduced the risk of death in mCRPC patients with BRCA1, BRCA2 and ATM mutations by 31% compared to those treated with a standard treatment combination of enzalutamide or abiraterone.

Median overall survival for patients treated with Lynparza was 19.1 months compared to 14.7 months for those receiving enzalutamide or abiraterone treatment