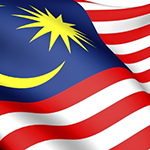 Malaysia's minister of health Liow Tiong Lai has stressed the government's vision to keep improving the system in the country, having already achieved universal coverage for the population.

Speaking at The Economist's Healthcare in Asia 2013 in Kuala Lumpur last week, Mr Liow said that "health is a major resource which is critical to the success of the nation’s socio-economic status". He added that healthcare  is "viewed as investment and not as costs to the country", which has resulted in a system that is more than 98% subsidised by the government "which encompasses the spectrum of primary, secondary and tertiary care".

The minister went on to say that the system is complemented by "a growing, largely urban-based, private healthcare sector which serves mainly those with the means to pay". He added that with this dual system, Malaysia has been "relatively successful in providing equitable and efficient healthcare", while spending on health equates to 4.4% of gross domestic product (GDP), up from about 2.9% in 1997.

Mr Tiow added that the Malaysian Government has included the health sector as one of the 12 national key economic areas, and it should contribute $10.4 billion to the country's gross national income by 2020.  He went on to note that exports of Malaysian pharmaceuticals brought in $180 million in 2012, while medical tourism generated $183 million revenue last year.

The minister said that Malaysia needs to deal better with the rise of non-communicable diseases, noting that the country has 2.6 million adult diabetics, 5.8 million hypertensive sufferers, and 6.2 million adults with high cholesterol; 2.5 million people are classed as obese. He added that "as socio-economic status improves and people become more educated, the population should be empowered to take more responsibility for their health".

Mr Tiow concluded by saying that as Malaysia "moves towards becoming a high income nation by 2020, the government is committed to ensure that the health system continues to provide high quality services in an equitable manner".