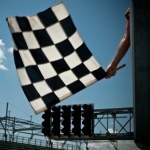 GlaxoSmithKline has forged an alliance with motor sport company McLaren to help push its business processes up a gear, concentrating initially on manufacturing, R&D and consumer health.

GSK becomes the first drugmaker to tap into McLaren's expertise in "engineering, technology, analytics, and strategy modelling" developed over decades of Formula 1 racing.

Central to the five-year agreement is the creation of a £20 million research unit near McLaren's headquarters in Woking, UK, that will open in 2013 and allow scientists and engineers from both companies to work side by side on projects.

The focus of the manufacturing project is on improving the performance of GSK's production lines, reducing the number of breakdowns and improving cost and customer service, said the drugmaker in a statement. McLaren will apply and adapt modelling systems it uses to keep engines in good working order across the F1 racing season.

In the R&D setting, McLaren will help GSK speed up clinical trial design by allowing it to monitor patients and adjust treatments in real-time, thanks to technology currently used to monitor every aspect of the car’s performance during a race using wireless technology. This enables the team to make regular minor adjustments every few minutes to avoid having to make significant time-consuming interventions.

Finally, in the consumer healthcare business, the two companies will work on a market monitoring and intelligence centre, which will be used to gauge competitor activity and customer needs and "inform decision making around inventory management, pricing, and retailer stocking," according to GSK.

"This partnership is another example of GSK looking outside its sector for inspiration and fresh perspectives on how we can achieve our strategic goals in an ever more challenging and fast changing business environment."