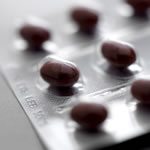 The MHRA is seeing a growing number of reports involving unlicensed medicines from Eastern Europe being sold in the UK.

The MHRA, which is the drugs watchdog for the UK, found 74 cases involving Polish and other medicines from Eastern European countries being sold in corner shops last year. These included medicines which fall into the category of pharmacy-only and prescription only medicines.

The watchdog says that only medicines which have been licensed for sale in the UK and labelled in the English language can be sold and supplied legally in the country.

Medicines that are licensed only in Poland or other European Member States cannot be sold or supplied in the UK unless a prior MHRA Parallel Import Licence or a Parallel Distribution Notification has been obtained for its supply in the UK.

There are specific consumer safety issues associated with the availability of medicines which are not licensed for UK sale, according to the watchdog, which said it is also working with the Polish medicines regulator in order to help communities where these medicines are being sold.

Nimo Ahmed, MHRA acting head of enforcement, said: “Polish medicines imported into the UK and sold in Polish language packs have not been approved for sale in the UK and cannot be traded lawfully on the UK market. Medicines offered for sale and supply in the UK must be labelled in English.

“We urge people not to buy medicines that are not labelled in English. Medicines are not ordinary consumer products. There are also specific health concerns with certain medicines that should be prescribed and dispensed under the supervision of a healthcare professional, such as a doctor or a pharmacist. Anyone who self-medicates and buys these medicines from shops that are not registered pharmacies could be endangering their health.

“The medicine may also not be suitable for individual patients and could interact with other medicines being taken and at worst, may cause serious harm.”

If an individual is convicted of offences under the Human Medicines Regulations 2012, such as selling unlicensed medicines, they can be sentenced to a maximum of two years imprisonment and/or an unlimited fine.