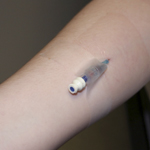 Mitsubishi Tanabe Pharma Corp of Japan is voluntarily recalling some 2 million lots of three drugs over issues of quality control.

The Osaka-based group  said that the drugs, all injectables, are Liple (alprostadil) for arteriosclerosis and erectile dysfunction, the anti-inflammatory Limethason (dexamethasone) and Pazucross (pazufloxacin), an antibacterial. Mitsubishi Tanabe noted that it has not received "any reports of health problems resulting from this incident", which was caused by "inadequate" testing.

The company added that it is taking the problem, which took place at its Ashikaga facility, "very seriously and we offer our sincere apologies for causing concern and trouble to patients, health care professionals and others affected by this incident".