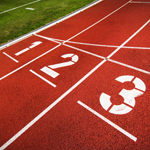 Monitor has published a stream of recommendations designed to create a fairer playing field for service providers competing for National Health Service contracts.

The health regulator said that while both local and national commissioners have been tasked with commissioning the best quality clinical services possible for the patients they represent, "unfair aspects" of the healthcare playing field remain, the removal of which could improve patient care.

Its report, A fair playing field for the benefit of NHS patients, which was nine months in the making, said all providers were subject to various advantages and disadvantages, primarily through three key types of material distortion to the commissioning playing field: participation, cost and flexibility.

With regard to participation, it found that some providers are directly or indirectly excluded from offering their services to NHS patients for reasons other than quality or efficiency, finding widespread examples of commissioners failing to consider alternative providers where they might be appropriate.

In addition, some commissioners were running "unnecessarily complex procurement processes", giving 'incumbents' an advantage over alternative providers, and potentially leaving patients with a poorer services than the could have received, it said.

In terms of cost, there were two issues affecting patients which are not currently being addressed, namely differences in access to rebates for Value Added Tax (VAT) and the variation in cost of capital depending on the types of provider.

Private and charitable providers borrow or raise equity at rates reflecting the lender's risk of not recovering the capital, while public providers do not, and the report recommends that this risk "is priced into the cost of capital for all providers".

Elsewhere, flexibility distortions are also potentially impacting on service provision. Some providers' ability to adapt their services to the changing needs of patients and commissioners is constrained by factors outside their control.

Public sector providers face a number of unique restrictions on flexibility not faced by other providers, including mandatory service obligations and rigidities in the public sector workforce, for example.

Monitor has made 30 recommendations to ministers that it believes will help redress the balance and create a fairer playing field for all providers, to the benefit of patient care.

For one, commissioners need a more stable financial outlook, and so the NHS Commissioning Board should fix funding for periods longer than one year from April 2016 and year-to-year tariff volatility should be reduced.

It also suggests that the Department of Health publish a plan - by December 2013 - to encourage the development and use of quality metrics, as well as commission an independent evaluation, from April next year, on how effective the new commissioning system is and whether health and wellbeing boards are performing their roles as envisaged.

In addition, Monitor should investigate the extent to which the commissioning and provision of general practice and associated services is operating in the best interests of patients, and it has called for evidence to be provided by June this year.

Commenting on the report, chief executive of the NHS Partners Network David Worskett said "Monitor has rightly identified the importance of commissioners of NHS-funded services ensuring the way is open to innovation and new providers".

"The NHS Partners Network has consistently argued there is a real need to address both the economic and the behavioural aspects which currently cause significant distortions to a 'fair playing field' and we are therefore pleased that these issues have been fully recognised by the new regulator".

On the day, the meeting will run in four parallel streams, with NHS partners outlining their partnership projects before taking a Q&A and then ‘speed dating’ with industry stakeholders. Click here if you want to know more.

The event is also being combined with the PharmaTimes Partnerships in Health competition and awards, which will recognise the best existing partnership projects - both current and in development - between the pharmaceutical industry and the NHS.