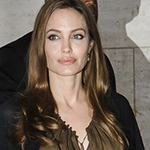 US-based diagnostic firm Myriad Genetics’ stock has risen after Oscar-winning actress Angelina Jolie announced she had an operation to remove both her breasts after using the firm’s services.

Yesterday, Ms Jolie, known for her roles in the Tomb Raider films and Girl, Interrupted, announced that she had voluntarily had a double mastectomy in order to remove the genetic threat of a particular type of breast cancer.

The 37-year old, who has six children, wrote in a piece for The New York Times that she had the surgery, which began in February, after a test with a Myriad diagnostic revealed a defective gene, BRCA1, which doctors told her had increased her risk of developing breast cancer to 87%, and her risk of ovarian cancer, the disease that killed her mother at the age of 56, to 50 per cent.

By having the surgery, her doctors told her that she had lowered her risk of breast cancer to just 5%.

The extra publicity around Myriad saw its stock rise 3%, on the speculation that more women will seek the $3,000 to $4,000 test for themselves, which can be paid privately or via health insurance for some women with high risk of breast cancer, due to a new Affordable Care Act guideline.

But there is another side to this story: Myriad has been able to test for these genetic mutations for nearly a decade as it holds a patent on the BRCA1 and 2 genes, but the ethics behind its ability to patent something occurring in nature is currently undergoing a major judicial debate in the USA.

With Myriad holding this patent, it means that anyone conducting an experiment on these genes without a licence can be sued for infringement of patent rights – effectively given the firm a monopoly on the test, its research and its price.

But the firm’s ability to hold such a monopoly over two genes has caused consternation in the medical field.

Last month, the Supreme Court began to hear arguments on the issue as a result of a 2009 lawsuit, brought by the American Civil Liberties Union and the Public Patent Foundation on behalf of more than twenty plaintiffs, against Myriad and the U.S. Patent and Trademark Office, challenging claims on Myriad’s patents and on the right of any company to patent gene sequences.

Christopher Mason, of Weill Cornell Medical College, told the New Yorker magazine last month that: “If these patents are enforced, our genomic liberty is lost.”

He and Jeffrey Rosenfeld, an assistant professor of medicine at the University of Medicine and Dentistry of New Jersey, published a study in the journal Genome Medicine in March demonstrating that, when one looks not just at entire genes but at DNA sequences contained within them, nearly the entire human genome is covered by patents.

“Just as we enter the era of personalised medicine, we are ironically living in the most restrictive age of genomics. You have to ask, how is it possible that my doctor cannot look at my DNA without being concerned about patent infringement?”, they wrote in the journal.

But the biotech industry says that if its patents aren’t upheld, a number of businesses, particularly pharma, will have less incentive to innovate – a common argument from the life sciences industry, but one not shared by many academics who have their ability to research these genes independently blocked, or face high costs to obtain a licence for them.

The Supreme Court’s case is on-going; and while the merits of how far a pharma firm can go in patenting natural elements will be debated in the coming months, Angelina Jolie’s editorial will do Myriad’s finances – and PR – little harm.