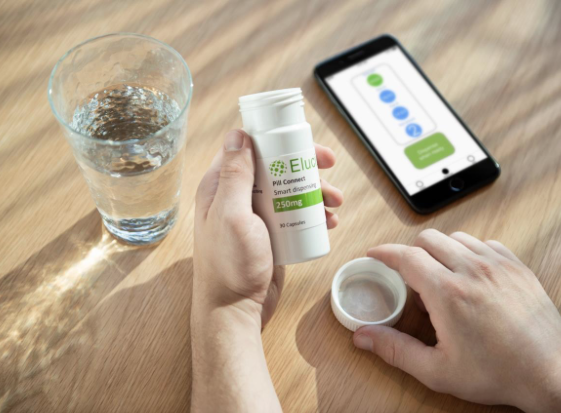 Elucid Health has announced that its “Pill Connect” smart pill bottle has reported 100% reliability in a recent survey. The technology, which prompts patients to take their medications on time and also to lets the doctor to know if the patient has dispensed, was designed to help improve medication adherence.

Highlighting the vast scope of the adherence problem, a study published by The National Centre for Biotechnology Information found in 2018 that between 25% and 50% of patients worldwide do not take their medications as recommended. In the US alone, suboptimal adherence has been linked with 125,000 deaths, 10% of hospitalisations and costs of up to $289 billion annually.

Elsewhere, the UK’s Department of Health estimates that the overall cost of wasted medicines to the NHS is more than £300 million each year, with around £110 million worth of medicine returned to pharmacies and £90 million worth of unused prescriptions being stored in homes, partly due to non-compliance.

‘Pill Connect’ provides a complete record for the healthcare professional of when and where the patient responded to the prompt on their phone, and the successful ejection of the pill or tablet, but it also allows an immediate intervention if needs be.

The bottle is connected to an app, which knows the dosage and regimen required. After being trained on how to use the app by their GP, the patient receives a reminder to take a pill via the app at a pre-determined time. The patient responds to the reminder and a pill is dispensed and the data sent to a control centre.

Further to this, the pill is actually locked outside of dosage times to prevent double dosing.

There are a number of reasons why medicines aren’t taken as directed, from cost to fear of side effects to forgetfulness, and a growing number of smart technologies are now attempting to change the way healthcare systems, pharmacies and patients themselves tackle the issue of patients failing to stick to prescribed medication regimens.

Adherence failure is a serious problem that not only affects the patient but also the healthcare system, and, despite the vast health and economic benefits of taking medicines correctly, remains a pressing public health burden.