NHS Direct pulls out of 111 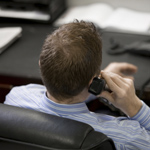 Urgent care line NHS 111 has been rocked by news that a key provider, NHS Direct, has decided to pull out of all of its remaining contracts* to provide the service.

NHS Direct, which was originally to run the service in 11 out of 46 regions, says it has decided to withdraw because the contracts have become "financially unsustainable".

A spokesperson for the group confirmed to PharmaTimes that it is "predicting a £26m deficit this year based on the problems we have experienced with NHS 111".

Consequently, it is seeking a "managed transfer" of its NHS 111 services, and the frontline and other staff providing them, to alternative providers.

NHS Direct has experienced a whole host of problems with the urgent care line since its wider roll out earlier this year, and in June said it was pulling out of North Essex and Cornwall and the Scilly Isles before its NHS 111 services were even launched there, because it could not provide them within the agreed contract price.

And as PharmaTimes reported earlier this month, it looked like the other of NHS Direct's other contracts were also heading for trouble when call volumes were found to be meandering at about 30%-40% of contracted levels, slashing predicted income for the group.

Nick Chapman, NHS Direct's chief executive, sought to assure patients, promising to "continue to provide a safe and reliable NHS 111 service to our patients until alternative arrangements can be made by commissioners".

NHS England said GP commissioners are now in "active discussions" with potential providers, but that, in the meantime, "callers to the 111 number in the areas currently served by NHS Direct will continue to receive a prompt and safe service".

All eyes will now be on other providers of the service, which have thus far remained tight lipped about NHS Direct's decision. Harmoni declined to comment on the issue.

Ministers have already launched an investigation into the launch of NHS 111, following a stream of serious incidents including the deaths of three patients in which it may have played a role.

A spokesperson for the Department of Health said that "of course it's disappointing that there have been problems with [NHS 111's] implementation," but stressed that "these are flaws that can and will be overcome.”