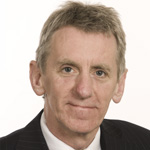 The National Institute for Health and Care Excellence has spoken out against renewed criticism of the way members of its advisory panels are selected and claims of conflict of interest.

As the Commons Health Select Committee gets ready to examine NICE’s processes, a group of doctors and academics have written to Sarah Wollaston, chairman of the committee calling for an investigation into the way decisions are taken.

The letter, the signatories of which include Tory peer Lord McColl and Kailash Chand, deputy chairman of the British Medical Association, argues that the way NICE manages the conflict-of-interest measure for its panels which issue draft guidance is “not fit for purpose”. NICE rules state that panellists should not have had a personal financial interest in a related company in the last 12 months but Lord McColl told the BBC that “they could have had millions paid before the 12 months. It really needs to be tightened up”.

The complaints follow a similar letter sent in June expressing concern over proposed guidance from the cost watchdog that anyone with a 10% or greater risk of developing cardiovascular disease in the next 10 years should be eligible for statins. They questioned whether the benefits of the cholesterol-lowerers outweigh the side-effects, noting that all available data on the pills comes from pharmaceutical companies, which “raises concerns about possible biases”.

'We need people who understand the subject'

In a statement sent to PharmaTimes this morning, NICE chief executive Sir Andrew Dillon (pictured) said that “to develop credible guidance, we need people who understand the subject and who can bring their experience to bear to help interpret the evidence. We don’t allow people who have a current personal financial interest in the outcome to take part in developing our guidance”.

However he noted that “we don’t exclude people who have received such things as such as a fee for speaking or providing advice, or a grant for research, in the past. It’s wrong to assume that such people are not able to offer objective advice just as it is naïve to assume that people who have never done must automatically be free from bias”.

Sir Andrew went on to say that “conflicts of interest aren’t just financial. Sometimes individuals already hold opinions on what the evidence means and what to do about it. They can hinder an objective assessment of the evidence as well. The way we ensure that an individual’s financial or non-financial interests don’t influence our guidance is to make sure they are declared, tested against a carefully developed framework to assess their significance, exclude individuals where appropriate and then expose the emerging guidance to reasoned argument, through public consultation”.

He concluded by saying “we’ve been doing all that and refining our approach to it for 15 years. We are always happy for it to be tested and we’ll change it where there’s a case for doing so”.