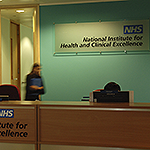 This reverses its previous draft guidance, which recommended against using the drug for this condition, and comes after Novartis dropped the price of its drug.

In draft guidance, Novartis’ Lucentis (ranibizumab) is now recommended as an option for treating visual impairment caused by diabetic macular oedema (DMO) – a final decision is expected by February. Currently, only laser photocoagulation is recommended for this condition.

NICE said it was now able to make this positive appraisal after the firm offered a confidential Patient Access Scheme for the drug, which lowered its price of £742.17 per injection, as well as new data that proved its efficacy in a sub-group of people with DMO.

But there are limitations - the drug is only recommended as an option for DMO if the patient has a central retinal thickness of 400 micrometres or more – if it is below this threshold, then it is not recommended for NHS funding.

Lucentis is already NICE-approved to treat patients with wet age-related macular oedema, a more lucrative licence, and is has proven to be one of the most costly drugs for the NHS, which spent £130 million on the treatment in 2010.

Professor Carole Longson, health technology evaluation centre director at NICE, said: “Our current guidance on the use of ranibizumab for treating visual impairment caused by diabetic macular oedema, published in November 2011, does not recommend the drug as an effective use of NHS resources.

“However, following the submission of a revised patient access scheme, we have conducted a rapid review of the original guidance. The manufacturer included updated analyses showing that ranibizumab could be expected to have a superior relative effect among people with central retinal thickness greater than 400 micrometres."

In a statement Novartis said it was "pleased NICE has recognised that Lucentis has a role to play in the management of DMO", and considers its decision ‘an important step forward’ in improving the standard of care for patients with the condition