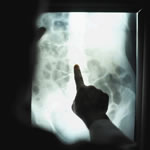 This marked improvement from a low historical base reflects the efforts NIHR has been making to engage with the med-tech community and turn around negative perceptions of the UK study environment.

The Institute quotes For Jay Goldberg, EU regulatory affairs/clinical studies specialist for US-based medical devices company COOK Medical, as saying that many of the 22,500 or so med-tech companies in Europe – the majority of them small to medium-sized operations that could benefit from Network services – “still perceive the UK as a difficult, if not impossible place to work”.

According to the NIHR, much of the impetus for the improved uptake of med-tech trials has come from the its Medical Devices Clinical Research Working Group, set up in July 2007 with the aim of identifying opportunities to make the National Health Service a more attractive proposition for researchers conducting device studies.

By bringing together stakeholders from industry, the NHS, NIHR and the Department of Health, the Working Group has “played a vital role in making med-tech aware of the services they can use to deliver studies to time and target”, the Institute commented.

Initiatives developed to help ease approval processes for med-tech trials routed through the NIHR network include a dedicated costing template, a med-tech-specific Clinical Trials Agreement and, most recently, a dedicated route map for setting up med-tech studies.

In addition, the NIHR Office for Clinical Research Infrastructure (NOCRI) has launched a new series of regional workshops to support the medical technology industry.

The programme, which was piloted with a workshop in York early this summer, will highlight the importance of understanding unmet clinical need and look at how to generate appropriate clinical evidence for medical technologies.

NOCRI is leading the initiative in partnership with the Department of Health, the National Institute for Health and Clinical Excellence, the HealthTech & Medicines Knowledge Transfer Network, the Association of British Healthcare Industries and the NIHR Clinical Research Network.

Regional workshops will be held at The Bristol & Bath Science Park on 10 November 2011, in London on 6 December 2011, Scotland (venue and date to be confirmed) during the week beginning 23 January 2012, and in Nottingham on 23 February 2012.