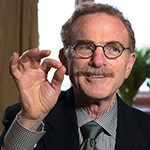 Prof Schekman, who is based at the University of California, Berkeley and is being awarded the Nobel prize in physiology or medicine in Stockholm today (December 10) along with James Rothman and Thomas Suedhof, has written in The Guardian that he will no longer send research into the aforementioned journals. He notes that "because funding and appointment panels often use place of publication as a proxy for quality of science, appearing in these titles often leads to grants and professorships…but the big journals' reputations are only partly warranted".

Prof Schekman argues that "while they publish many outstanding papers, they do not publish only outstanding papers. Neither are they the only publishers of outstanding research". He goes on to claim that "these journals aggressively curate their brands, in ways more conducive to selling subscriptions than to stimulating the most important research. Like fashion designers who create limited-edition handbags or suits, they know scarcity stokes demand, so they artificially restrict the number of papers they accept".

He argues that "the exclusive brands are then marketed with a gimmick called 'impact factor' – a score for each journal, measuring the number of times its papers are cited by subsequent research". Prof Schekman writes that "better papers, the theory goes, are cited more often, so better journals boast higher scores. Yet it is a deeply flawed measure, pursuing which has become an end in itself – and is as damaging to science as the bonus culture is to banking".

Papers can become highly cited "because it is good science – or because it is eye-catching, provocative or wrong", he says, and "luxury-journal editors know this, so they accept papers that will make waves because they explore sexy subjects or make challenging claims". This "builds bubbles in fashionable fields where researchers can make the bold claims these journals want, while discouraging other important work, such as replication studies".

In extreme cases, Prof Schekman says "the lure of the luxury journal can encourage the cutting of corners, and contribute to the escalating number of papers that are retracted as flawed or fraudulent". He notes that Science alone has recently retracted high-profile papers reporting cloned human embryos, links between littering and violence, and the genetic profiles of centenarians but "perhaps worse, it has not retracted claims that a microbe is able to use arsenic in its DNA instead of phosphorus, despite overwhelming scientific criticism".

Prof Schekman backs "the new breed of open-access journals that are free for anybody to read, and have no expensive subscriptions to promote". He edits one of these, eLife, which is funded by the Wellcome Trust, the Howard Hughes Medical Institute and the Max Planck Society.

He writes that "I have published in the big brands, including the papers that won me the Nobel prize for medicine. But no longer. I have now committed my lab to avoiding luxury journals and I encourage others to do likewise". The professor concludes by saying "just as Wall Street needs to break the hold of the bonus culture, which drives risk-taking that is rational for individuals but damaging to the financial system, so science must break the tyranny of the luxury journals".

In response, Monica Bradford, executive editor at Science, told The Guardian that "we have a large circulation and printing additional papers has a real economic cost". She added that "our editorial staff is dedicated to ensuring a thorough and professional peer review upon which they determine which papers to select for inclusion in our journal. There is nothing artificial about the acceptance rate. It reflects the scope and mission of our journal".