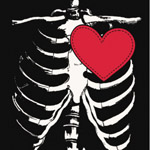 Novartis' new heart failure drug LCZ696 has caused a stir at the European Society of Cardiology meeting in Barcelona, with specialists lauding data showing its clear superiority over the ACE inhibitor enalapril.

The Swiss major has presented full findings of the 8,442-patient PARADIGM-HF trial which was stopped early (in March) by an independent data monitoring committee based on evidence of the “overwhelming benefit” of LCZ696 compared to enalapril. The results, published simultaneously in the New England Journal of Medicine, show that the former, an angiotensin receptor neprilysin inhibitor, reduced the risk of death from cardiovascular causes by 20% and heart failure hospitalisations by 21%.

LCZ696, a twice-a-day tablet, also reduced the risk of all-cause mortality by 16% and showed no unmanageable side effects. Milton Packer, co-primary author of the study from University of Texas Southwestern Medical Center in Dallas, said the findings “are extraordinarily powerful and compelling; they are destined to change the management of patients with CHF for years to come”.

Dr Packer added that “to say we are excited is an understatement. We are absolutely thrilled”. He added that given the survival advantage of LCZ696 over currently available drugs, once it gets approval, “it would be difficult to understand why physicians would continue to use traditional ACE inhibitors or angiotensin receptor blockers for the treatment of heart failure”.

John McMurray of the University of Glasgow, the other co-primary author, was equally enthusiastic, saying that “all that you can ask of any new therapy in heart failure (or other chronic diseases) is to make patients live longer, stay out of hospital and feel better - and those are exactly the benefits we demonstrated with LCZ696”.

LCZ696 has already been granted fast-track status by the US Food and Drug Administration which allows for rolling submission in the USA, which Novartis expects to complete by the end of 2014. A European submission is scheduled for early 2015.