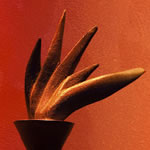 Novartis Pharmaceuticals was announced winner of the overall prize for PharmaTimes Clinical Company of the Year at an awards ceremony in central London on February 16.

The competition was created in 1999 to provide pharma companies, clinical research organisations and NHS research sites with an opportunity to test their professional skills in a programme of competency-based exercises developed through a cross-industry collaboration.

A total of 270 clinical researchers and 41 NHS research sites entered the competition in February 2011 and were filtered through a number of exercises to identify the top individuals, teams and organisations, with the overarching aim of providing development for the individuals who enter combined with organisational and industry benchmarking for the clinical research fraternity as a whole.

Representing the organisers of the competition, PharmaTimes, Sean Morgan-Jones commented: “Clinical research is under enormous pressure at the moment with escalating costs of doing research, combined with ever tougher regulatory hurdles and increasing downward pressure from governments on the costs of healthcare. The theme for the competition in 2011 was around doing more with fewer resources while maintaining total focus on patients and the quality of outputs.

"Everyone who progressed through the competition and particularly the finalists and winners should feel very proud of their achievement. These people represent the future of clinical research and so should be applauded by their colleagues, the companies that have nurtured and developed this talent and the wider clinical community,” Mr Morgan-Jones added.

The first stage of the competition requires entrants to complete an online multiple choice questionnaires prepared by the Institute of Clinical Research, which tested technical competence on ICH/GCP - 85% achieved the required standard with the NHS Research Sites performing particularly strongly on this stage in comparison with previous years.

The second element of the competition tests entrants on specially created case studies where the overall theme was doing more with the same resources, through greater efficiency whilst maintaining total focus on quality and patient care. The top performers at this stage were invited to attend face-to-face interviews with the judging panel at the finals in November 2011 with all the results in each of the eight competition categories announced on February 16 to an audience of 300 European researchers.

More than 300 entries from 29 countries including the UK, India, Argentina, Indonesia and Brazil, were received for the 2011 competition. PharmaTimes are welcoming registrations of interest for the 2012 competition – if you would like to enter or take a closer look at what is involved, click here.

For more information about the PharmaTimes Clinical Researcher of the Year contact Sean Morgan-Jones (sean@pharmatimes.com) tel +44(0)20 8878 8566.