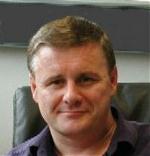 A UK lab formerly used to test samples from Olympic athletes has been reconfigured to focus on research into how genes and environment operate in tandem to cause human illness.

The newly-opened unit will test thousands of blood, tissue and urine samples every year to generate a detailed picture of phenomes - a biological picture of genes and environmental factors such as diet and lifestyle - and explore the interlinked biochemical processes that lead to disease.

It is funded with £10 million over five years from the UK Medical Research Council (MRC) and National Institute for Health Research (NIHR). Imperial College London and King's College London are leading the project with support from analytical technology companies Waters Corp and Bruker Biospin.

"The chances of an individual getting a disease is affected by the gene to environment interaction," according to ICL's Prof Jeremy Nicholson (pictured), who will serve as director of the MRC-NIHR Phenome Centre.

Using techniques such as nuclear magnetic resonance and mass spectrometry, researchers at the centre will develop profiles of people who either have or are at risk of a disease - known as metabolic phenotypes - which provide a read-out on human biology beyond that which can be gleaned by the genome alone.

"The sequencing of the human genome generated a lot of excitement among scientists and the public, but studying our genes has revealed less than we had hoped about common diseases such as cancer, diabetes and heart disease," said Nicholson.

"By studying the phenome we can examine the effects of our genes, our lifestyle and our environment [and] what we discover about the causes of disease can be used to inform healthcare," he added.

The analyses undertaken will measures substances produced in our bodies, as well as those that come from food, drink and medicines and the air, along with other factors such as the types of bacteria in our gastrointestinal tracts. Testing will be feasible on an almost-unprecedented scale, and hopefully at a very low cost per individual sample study.

One of the first projects to benefit from the centre's capabilities is a study of blood pressure that will use 2000 patient samples to look at relationships between patient's genetic make-up, chemical exposure, lifestyle and dietary habits and blood pressure levels

Data of this type will be used to develop treatment and prevention strategies, and also see how patients respond to treatments over time, potentially allowing therapies to be switched quickly if they prove to be ineffective.

Moreover, the findings should help guide public health policy, aid the discovery of new biomarkers and also refine and guide the development of new generations of analytical technologies, according to Nicholson.

"In addition to addressing a series of medical needs and population health problems, there will be a long-term legacy from this work in terms of analytical science for the UK," he said.